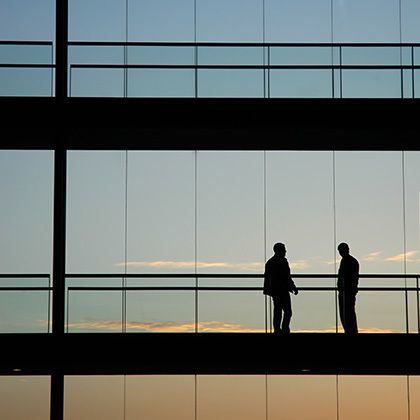 Time-saving and cost-effective alternative dispute resolution methods (ADR) are more and more in demand due to the increasing complexity of business disputes, closer economic ties between companies and the resulting need to maintain business relationships during and after disputes.

In addition to arbitration proceedings, these methods primarily include mediation, conciliation, adjudication and expert determination.

Our specialist ADR lawyers not only advise on the most suitable method of resolving the specific dispute. They also have the expertise to conduct the relevant proceedings and act as arbitrators, business mediators, conciliators and adjudicators.

Mediation
Mediation is a voluntary procedure aimed at resolving a dispute constructively. The objective is for the parties themselves to develop a forward-looking solution that fully meets their interests, with the support of an independent mediator. Unlike a conciliator, a mediator does not make a decision; he is "only" responsible for ensuring that the procedure is properly structured. Mediation can be used at various stages: independently of court proceedings (out-of-court mediation), during court proceedings but outside the court (court-related mediation) or during court proceedings but conducted by a different judge (court-internal mediation). The principal advantage of mediation is that the confidentiality agreed among the parties allows them to conduct an open discussion that is not dominated by positions. As a result, creative and sustainable solutions can be developed, with the success rate being around 80 %.

Conciliation
In a conciliation procedure, a neutral third party initially endeavours to act as intermediary between the parties. If necessary, the conciliator puts forward a proposal. Although not binding, the proposal often helps the parties to reach an amicable solution.

Adjudication
Adjudication plays a particularly important role in large-scale projects. The key aspect is that the adjudicators – who are often involved throughout the project (Dispute Review/Resolution Boards) – take a preliminary decision. This decision is often binding for the duration of the project and can only be reviewed by an (arbitration) court at a later stage. Since adjudication proceedings are conducted promptly, delays to the project are prevented or minimised.