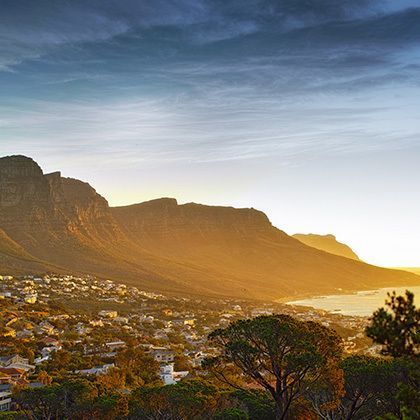 With average GDP growth of 4.9% between 2000 and 2008 and a promising outlook, thanks mainly to its natural resources, growing population and access to large amounts of public and private capital, Africa offers companies significant business opportunities.

The main growth areas are mining, oil and gas, agriculture and agribusiness, consumer goods and services – such as telecommunications – and infrastructure development and operation.

CMS Francis Lefebvre Avocats, which has been particularly active in French-speaking North Africa and sub-Saharan Africa for over 50 years, provides effective, constructive counsel to its clients by leveraging its experience, a skilled legal team of Africa specialists, offices in Algiers and Casablanca and network of local correspondents. In addition, CMS Francis Lefebvre Avocats Africa team is able to draw on the resources of the entire CMS organisation and is a participating member of CMS Africa Desk.

Our years of experience and close ties with Africa have enabled us to develop an understanding of the local environment, which we combine with our international expertise to provide clients with assistance tailored to their specific needs.

According to Chambers Global 2014, Corporate/Commercial (Africa):
"What the team is known for A Paris-led team that is notable for its activity in francophone Africa, working alongside offices in Algiers and Casablanca. The team advises on issues such as structuring investments, acquisitions and disposals, tax and competition law for both international and locally based clientele.
Strengths (Quotes mainly from clients) Industry knowledge: "They have knowledge of the area and how things work, and know the local lawyers to go to."

Our main operations in Africa

END_OF_DOCUMENT_TOKEN_TO_BE_REPLACED

Our multidisciplinary team of lawyers based in Paris is dedicated exclusively to business projects in Africa. Most of them have lived in Africa and practiced law on the continent. They are fully proficient in the business and tax laws of the major African countries, benefit from international experience and have access to an African business law resource centre built up over more than 50 years.

Team members travel regularly to Africa to work alongside clients or with the Algiers and Casablanca offices. When additional local assistance is required, they leverage the support of trusted law or tax specialists whose skills are ideally matched to the project concerned.

CMS Francis Lefebvre Avocats Africa team works in cooperation with other lawyers within CMS where necessary, mainly to draw on their specialised expertise, cover the multi-national aspects of a project or share experience. The offices in Shanghai, Moscow or Sao Paulo may also be involved in the case of projects involving parties from Brazil, Russia, India and China (BRIC).