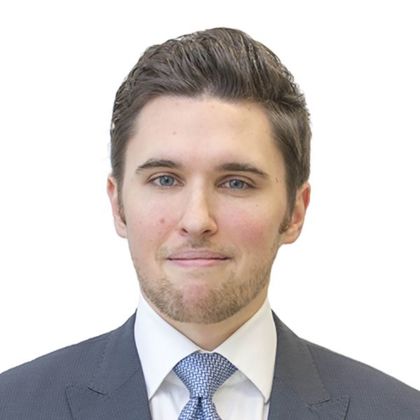 Matthias Bernhard Emich works as an associate primarily in the field of corporate law/M&A. His practice focuses on general corporate law as well as national and international transactions.

In 2015, Matthias Bernhard Emich completed his law studies at the Vienna University of Economics and Business Administration and during his studies he worked for several years as a project manager for international technology and telecommunications groups. Subsequently, he worked as a legal assistant to the CMS Corporate Transactions Team while carrying out his doctoral research at the Johannes Kepler University in Linz. At the same time, he also completed his court practice in the district of the Vienna Higher Regional Court, which included time at the Vienna Commercial Court. He joined CMS Reich-Rohrwig Hainz in December 2017.

END_OF_DOCUMENT_TOKEN_TO_BE_REPLACED

Show only
.
CMS Vi­enna ad­vises Mod­ine on sale of Aus­tri­an auto­mot­ive busi­ness
US-based Mod­ine Man­u­fac­tur­ing Com­pany, a di­ver­si­fied glob­al lead­er in thermal man­age­ment tech­no­logy and solu­tions, is selling part of its European air-cooled auto­mot­ive busi­ness, in­clud­ing its man­u­fac­tur­ing...
Press release Corporate/M&A
CMS sup­ports OeNB as it sets course for fu­ture-proof pay­ments in Aus­tria
Over the past one and a half years, to­geth­er with Pay­ment Ser­vices Aus­tria (PSA), the Oes­ter­reichis­che Na­tion­al­bank (OeNB) (the Aus­tri­an Cent­ral Bank) has laid the found­a­tion for mod­ern­ising the pro­cessing...
Press release Corporate/M&A
Load more articles
Close