In the following chapter Randstad together with it's partner companies Ancor and Staffpoint, have provided a country-by-country overview of various labour market conditions and trends across the CEE-17 region. The description is supported by data illustrating the salary levels within the production and logistics sectors for both blue and white collar workers.

Seasonally adjusted unemployment rates reported by Eurostat in July 2020 across CEE were the lowest in the Czech Republic at 2%, followed by Poland at 3.2%. Rates of below 5% were also reported in Bulgaria, Romania and Slovenia. At the same time, salaries have increased, in some years, reaching double digit growth. Candidates have started to become aware of their value on the scarce labor market and have become more selective in terms of their future employers. With numerous possibilities available, even though the salary remains to be the main selection criteria, other factors have started to play an important role. These include the company’s reputation on the market, good working conditions and atmosphere, career progression opportunities and work-life balance.

Skilled, blue-collar candidates remain the biggest challenge in terms of recruitment for the production and logistics industries. After the fall of the vocational school system in most of the countries, the availability of skilled employees is slowly growing thanks to the efforts of employers, who train their personnel, on a regular basis to ensure production continuity. There is also a relentless need for engineering and R&D roles.

The COVID-19 pandemic has had and continues to have an impact on labour markets. Production stoppages have forced companies to reorganize their workforces. Although a reduction of part of the personnel might seem like the quickest solution to cut costs, most of the companies were hesitant to do so, having in mind the effort and funds invested in building up their teams. Instead, reductions in salaries and hours worked, asking employees to use up their outstanding holidays and freezing bonus systems were introduced. Many companies stopped using contingent workforce and utilizing the advantage of flexibility in such contracts. As a result, and rather surprisingly for many, the pool of available candidates didn’t increase as much as one would expect and unemployment rates went up but remained relatively steady. Candidates coming from different industries also hit hard by the pandemic, like the HoReCa sector, were not interested in taking jobs in production or logistics. There were also other industries that had growing needs for personnel during that time, like pharmaceutics, medical equipment and e-commerce.

Currently, as the situation is slowly improving, we are again observing limited availability of the most desired positions on the market. However, companies are rather rebuilding their workforce than increasing headcount, still having in mind the possibility of a second wave of COVID-19. As a result, we predict that the temporary workforce will become an even more popular solution on the market. The pandemic also made further changes to the way employees look at their future employers. In the near future, we expect that job security and a company’s financial stability will close the gap to the salary and benefits in the job selection criteria. 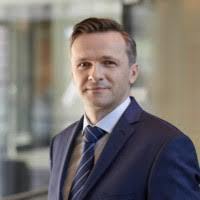 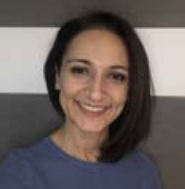