Here’s a selection of our energy sector credentials in Colombia:

A major oil & gas company - The Firm advised the Client, as a potential buyer, in the review of an E&P Offshore Contract awarded by the ANH in relation to several matters related to Colombian law (including the provisions related to the guarantees of the contract, requirements for the assignment of the participation in the contract, abandonment regime, and other regulatory matters) for an M&A deal in Colombia. CMS also advises ENI in other Latin American jurisdictions such as Mexico and Brazil.

Equinor - The Firm, along with its offices in UK and Aberdeen, advised Equinor in relation to its withdrawal from the Tayrona Exploration and Production (E&P) Contract awarded by the ANH in 2004 to Petrobras, Ecopetrol, Repsol and Equinor (formerly Statoil). The Client decided not to participate in the Posterior Exploratory Programme and therefore decided to withdraw from the JOA and the E&P Contract. The Firm reviewed the assignment and transfer deed of its participating interest under the JOA, governed by English Law, in relation to local law matters, and drafted the assignment agreement between Equinor and the remaining parties governed by Colombian Law. Finally, the Firm provided advice in relation to the necessary governmental approvals before the ANH needed to effectively withdraw from the contract.

South 32 Energy SAS ESP - South32 is a major player in the energy sector in Colombia, providing this natural resource to Cerro Matoso, one of the world´s major mining companies for the extraction of Ferronickel. The Firm advises this Client under permanent bases on all corporate matters. In addition to the general corporate advice, the Firm acts as the corporate secretary of the company, developing all matters related to regular meetings, extraordinary meetings, and drafting the minutes of these meetings. The Firm has also advised this Client on the registration of its foreign investment, and data protection regulation.

Ministerio de Minas y Energía - The Firm advised the Ministry of Mines and Energy in the comparative review of the Colombian contractual model for the allocation of offshore blocks from the perspective of competitiveness for attracting investment. Furthermore, the Firm assisted the Client in the drafting of the E&P offshore contracts. This input was taken into account by the ANH’s board of directors to amend current regulation and draft contract (“minuta modelo”).  This advice was provided by the Firm in conjunction with CMS Brazil, Mexico, Angola and U.K. offices, and gave the Ministry the necessary tools to design an E&P contract that results both attractive to investors and protective of the interests of the Nation.

Global Green Growth Institute (GGGI) - The Firm was appointed by the Client to advise the Colombian Ministry of Mines and Energy in the structuring of the Renewable Energy and Efficient Energy Management Fund – (“FENOGE” in Spanish), the first public fund for the investment and financing of renewable energy projects and efficient management of Energy in Colombia. The Firm advised the Client on the design of the fund, the selection system, the operational manual, and the drafting of the required contractual documents.

Agencia Nacional de Hidrocarburos – ANH - The Firm analysed and reviewed the bank guarantees issued in favour of the ANH by various actors in the oil exploration and production market, as a mechanism for closing its financial and contractual commitments.

XM S.A. E.S.P - The Firm advised the Client in the restructuring of admissible guarantees in the Colombian electricity sector, drafted the guarantees regulation for the wholesale energy market and structured a trust agreement for the administration of the guarantees issued by the agents.

Banco de Chile - The Firm advised the Client in the purchase of an important thermoelectric installation and in the financing of one of the most important transportation infrastructure groups in Colombia.

Inter-American Development Bank and BID Invest: The Firm structured the special purpose vehicle (SPV) to be set up to purchase collection rights of energy efficiency and small renewable projects and the issuance of debt instruments (green bonds) backed by these collection rights. The SPV was set up as a Colombian trust and the credit rights to be acquired from four energy services companies (“ESCOS”). This was the first major financing program of clean energy infrastructure projects in Colombia under certain new regulation providing for tax benefits in the Country. 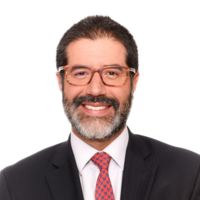