Here’s a selection of our energy sector credentials in Turkiye:

One of the largest independent operators of tank terminals for oils, chemicals and gases worldwide, - Advising on its potential 100% acquisition of the largest petroleum storage operator in Turkiye which owns and operates terminals in several ports (deal volume: USD 380 million).

A German provider of aviation fuelling services and one of the largest global oil storage service companies - Advising on its joint venture arrangement in Turkiye with a leading aviation petroleum services provider, incorporating corporate, regulatory, environmental, health and safety, employment and insurance issues. The team continued to advise the client on a retainer basis in Turkiye post-transaction.

The world's largest industrial gas company - Advising on a $200m project that encompasses a Built-Own-Operate structure, which was considered the first deal of its kind in Turkiye pioneering the implementation of BOO structures for private law/commercial relationships. 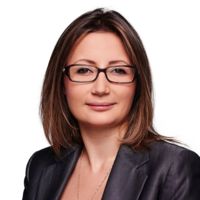