M&A panel 2019/I survey by CMS and FINANCE: Party mood in the M&A market is over

Frankfurt/Main – For years, one mega-deal followed another in the German M&A market. While M&A bosses in German companies are still interested in acquisitions, they are now no longer willing to pay any price for them. The consequences of this are already being felt by M&A advisors, who are bracing themselves for a period of leaner deal flow. That is the core finding of this year’s first survey of the M&A panel polled by international commercial law firm CMS and FINANCE magazine. Senior employees from the M&A departments at German companies plus investment bankers and M&A consultants provide anonymous assessments of the market for the survey.

The surveyed corporate representatives mostly agree with the proposition that excessive prices are now being paid in many sectors, with a score of 8.38 out of 10, where 10 = full agreement. M&A advisors broadly share this assessment (7.39). In addition, divergent valuations of targets by buyers and sellers as well as exceptionally protracted negotiations currently represent barriers to transactions. “I’ve seen this on several occasions during trend reversals,” said Dr Thomas Meyding, Corporate partner at CMS. “Sellers – still complacent and sometimes badly advised – try to push through fanciful demands, whereas buyers are much more risk-conscious. This is then reflected in extensive due diligence and lengthy negotiations. The battle is not only about the purchase price formula, but also about warranties and the legal consequences.” This downturn became apparent last year, but was initially overshadowed by a number of mega-deals, according to Meyding.

Despite continuing high prices, corporate M&A managers see themselves clearly in the buying camp, as evidenced by a score of 8.05 on a scale from 1 (firmly seller) to 10 (firmly buyer). They also mostly expect that they would be able to finance even substantial acquisitions (score of 8.09, where 10 = full agreement). Their own financial resources are ranked as by far the most important financing option for the company’s M&A strategy, coming in at 8.67 (10 = very important financial instrument). The financial strength of market players is also fuelling competition, both for targets in Germany and Europe (agreement score 8.42) and beyond Europe (score 8.23). One consequence here is that companies need to spend more time looking for attractive targets. Around 60% of the participating corporate managers expect that the search for acquisition targets will be more time-consuming than in the previous year. “The findings of the survey chime with what we have been seeing,” said CMS Corporate partner Dr Oliver Wolfgramm. “The trend towards a preference for proprietary transactions, which take a long time to identify and prepare, over competitive bidding procedures remains in place,” observed Wolfgramm.

Compliance continues to gain in importance

32% of the companies surveyed indicated that ensuring legal protection against risks through comprehensive due diligence will be even more important in the current year than in 2018. The remaining 68% attach the same importance to this aspect as before. 40% of the surveyed corporates consider that examining compliance risks in potential targets is of greater importance than in 2018. Only about 5% regard it as a lower priority. Compliance structures are also gaining in importance overall. More than 18% of M&A chiefs polled plan to spend more time this year implementing compliance systems than in 2018. Around 75% stated that this task will take up the same amount of time as in the previous year. “We’re seeing increasing awareness of compliance risks for buyers,” commented CMS partner Wolfgramm. “That applies in particular to risks arising from failure to introduce a compliance system immediately after acquisition of a target company or from shortcomings during implementation.”

Although M&A activity in all sectors has not declined on average compared to the last panel survey in autumn 2018, M&A advisors recorded a significantly lower workload in the first months of the year. This is evident in the panel’s projection indicator, for which consultants provide anonymous information about their current project deal flow and their expectations for future workload (on a scale of -5 to +5, where 0 represents average project deal flow). At 1.43, the figure given is still above the average, but has fallen significantly compared to the last survey (score 2.01). This substantial 30% decline since last year marks the lowest level since February 2015. The current slump is hitting small-cap transaction advisors just as hard as those focusing on the mid-cap and large-cap segment. “M&A business is cyclical and every downturn is followed by an upturn,” said CMS partner Meyding. “Looking at the trend, it’s possible that the market has already bottomed out.” According to Meyding, the cycles reflect macroeconomic trends. “There are various positive signals at present: the US-Chinese trade war seems to have been resolved, and a hard Brexit has also been averted for now.” 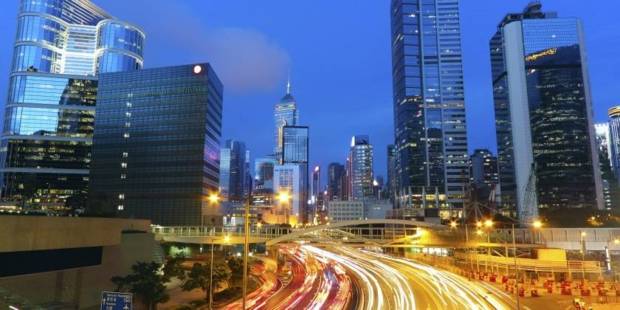