What the German government's blockchain strategy means for start-ups 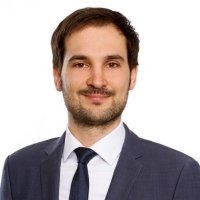 This might surprise critics: The German government's blockchain strategy includes some improvements for start-ups in the crypto sector.
Markus Kaulartz

German lawmakers are accustomed to being accused of any number of things. Laws are outdated, innovation is being neglected and we've missed out on the digital transformation a long time ago anyway. From time to time, this was also said in the blockchain community, especially against the backdrop of the financial supervisory authority BaFin classifying Bitcoins as financial instruments and thus making many business models with tokens subject to approval - even if a Berlin Court saw things differently. Countries such as Malta and Liechtenstein have pushed ahead with their own sets of rules and quite a few start-ups have been lured by regulatory frameworks too good to be true. Without considering, of course, that the application of banking supervisory law is not based on the legal headquarters of a company, but on the location of the market.

Those who are reasonably well connected within the scene knew, however, that the German government had been working on a blockchain strategy which was finally published on 18 September. Critics might be surprised by the 24-page document, which contains a total of 44 measures on how the federal government intends to boost Germany as a blockchain centre. There is talk of smart contracts in the energy sector, of digital company shares, of identities on blockchain and of improved data protection. The paper also addresses so-called stable coins, which particularly refers to Facebook's digital currency Libra. Here the government is a little more cautious, it considers this to be e-money. This would mean that the launch of Facebook's Libra would be subject to approval.

Digital Securities as the Real Gamechanger

The biggest disruption, however, is likely to come from the announcement that digital securities will be regulated before the end of this year. The first step will only involve bonds, but it can be expected that stocks in particular will follow this first phase if the outcome is positive. BaFin already supports developments in this direction, which is particularly evident from the fact that it considers tokenised subordinated loans permissible and approves related securities prospectuses. However, the German government's announcement goes beyond this: it not only provides more legal certainty and will also solve probable civil law obstacles in the event of the separation of tokens and the rights embodied in them.

There is more in the paper: it finally makes the local legal system attractive for innovative business models in this area. This will also attract projects from abroad for which the blockchain infrastructure in Germany is already appealing. But the Federal Government is also sending a message to the established financial sector: the digital transformation is increasingly affecting strictly regulated areas. The Cabinet has recognised that it can significantly simplify issuing and trading of securities if potential intermediaries, such as custodian banks or brokers, become obsolete and transaction costs are dropped as a result.

Those who read the document carefully will notice that the German government does not intend to link electronic securities to blockchains only. On the contrary, technological neutrality should be maintained. And it is not at all impossible that other technologies might be used, especially centrally managed databases in accordance with the Federal Debt Act.

Blockchain, especially in the form of tokenisation and distributed storage, has certain advantages. However, there are still many unresolved issues, such as the security and safekeeping of electronic securities. The German government's strategy lays the right foundations and founders as well as start-ups can look forward to the developments over the next few months.

First published in gründerszene.de on 26 September 2019