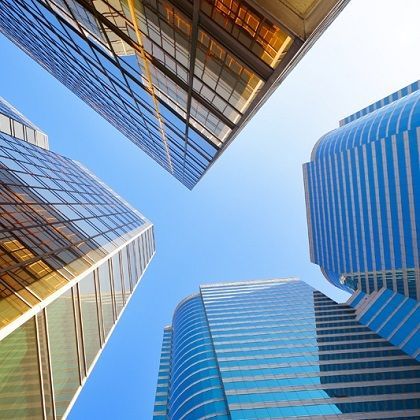 Regardless of the nature of your company, whether listed or not, French or international, whether you are family group, an institutional investor, an investment fund, a manager, an entrepreneur, a unicorn or a start-up, our priority is resolving your challenges every step of the way through individualised and innovative solutions, with our expertise in the full spectrum of corporate law, putting your world first.

Located at the heart of CMS's strategy, Corporate/M&A has undergone significant expansion in France and internationally, with our dedicated Corporate/M&A team now composed of around 40 lawyers in France and 700 abroad. As such, our firm is able to advise your strategic issues and identify specific risks.

We use the firm's expertise in fiscal and employment law, the presence of the CMS network, and a doctrine team composed of lawyers, law professors from renowned schools (Sorbonne, HEC, Nanterre, etc.) and former government officials (the French Financial Markets Authority (Autorité des marchés financiers – AMF), the french Conseil d’Etat, etc.). We are also involved in authoring a number of articles and reference documents (e.g. Mémento Sociétés Commerciales, Editions Francis Lefebvre). In addition, we participate in consultations organised as part of planned legislative reforms.

Rankings/testimonials: for many years, our Corporate/M&A practice has regularly been listed in the Top 5 of rankings such as Bloomberg, Mergermarket, and Thomson Reuters.

Our practice is also listed in the most widely recognised guides, such as Chambers, IFLR, and Legal 500. For example, our entry in the 2018 edition of Chambers Europe reads:

“The team regularly works with its branches in other jurisdictions to provide cross-border assistance to clients. Often handles matters involving Germany and Africa from its French office due to lawyers with experience in these countries. Also has noteworthy expertise and presence in the CEE region. The team has a solid corporate practice praised for its ability to handle all aspects of transactions, including due diligence support and SPA drafting. Often works with the employment and tax teams to provide full support to clients. Expertise in numerous areas including disposals, joint ventures, mergers and acquisitions. Makes use of its international network on cross-border deals.”
Chambers Europe 2018

“The team displays 'good flexibility'. The firm manages a large volume of small and medium-sized operations, and intervenes in transactions abroad.”
Legal 500 EMEA 2018

CMS Francis Lefebvre Avocats was named “France M&A Legal Adviser of the year 2017” by the Mergermarket European M&A Awards. The awards are granted for creative advisory work on complex transactions. The rigorous judging process starts with an analysis of M&A league table data to identify the top-ranked firms.

END_OF_DOCUMENT_TOKEN_TO_BE_REPLACED

Compliance Corporate Governance Corporate Law and Financial Market Law Mergers & Acquisitions Pan-African Business Law
As­sist­ing you in your cor­por­ate, stock mar­ket, M&A and private equity trans­ac­tions
No mat­ter what kind of com­pany you run, wheth­er it is lis­ted or private, French or in­ter­na­tion­al, wheth­er you are a fam­ily group, an in­sti­tu­tion­al in­vestor, an in­vest­ment fund, an ex­ec­ut­ive, a uni­corn...
Brochure
CMS European M&A Out­look 2019
Wel­come to the sev­enth edi­tion of the CMS European M&A Out­look, pub­lished in as­so­ci­ation with Mer­ger­mar­ket. We are pleased to provide you with this year’s edi­tion of the “European M&A Out­look”...
Guide
CMS European M&A Study 2019
The CMS Cor­por­ate/M&A group is pleased to launch the el­ev­enth edi­tion of our European M&A Study. This year’s Study re­flects data from 458 deals in 2018 on which CMS ad­vised. This is the largest num­ber...
Guide