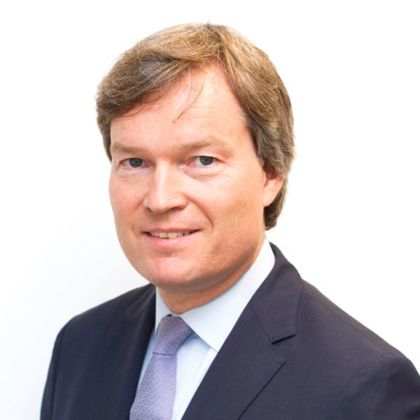 Professor Peter Bekker is a partner in the International Arbitration and Energy teams and Head of the CMS Investment Arbitration Task Force. A US qualified lawyer, he practises at the crossroads of international dispute resolution and energy. He combines practising law with a professorial appointment as Chair in International Law at the internationally renowned Centre for Energy, Petroleum and Mineral Law and Policy (CEPMLP) within the University of Dundee in Scotland, having previously taught at Columbia Law School in New York.

A native of The Netherlands, Peter was in private practice in Amsterdam before serving for nearly three years as a staff lawyer in the Registry of the International Court of Justice (ICJ), the principal judicial organ of the United Nations seated in The Hague. He has been involved in over 20 ICJ cases between sovereign States as well as several advisory proceedings.

Peter has also represented a variety of corporate clients in cross-border commercial transactions and financings — especially in the maritime and oil & gas industries. He regularly counsels clients in the drafting of arbitration clauses for international contracts.

Peter has been featured in The Times (as Lawyer of the Week), The Sunday Times, The Scotsman, the New York Law Journal and The Economist and he has been interviewed multiple times for American, British and Dutch TV and radio.

The text of a recent article written for the Harvard Social Impact Review can be accessed here.

He has won the Burton Award for Legal Achievement (Excellence in Legal Writing) in 2005.

END_OF_DOCUMENT_TOKEN_TO_BE_REPLACED

29
Nov
Dis­putes 101: Com­pet­i­tion Dis­putes & Com­pet­i­tion Class Ac­tions
01
Dec
People con­sid­er­a­tions in En­ergy Trans­ac­tions
Show all
Find out how we can help you with your ESG needs