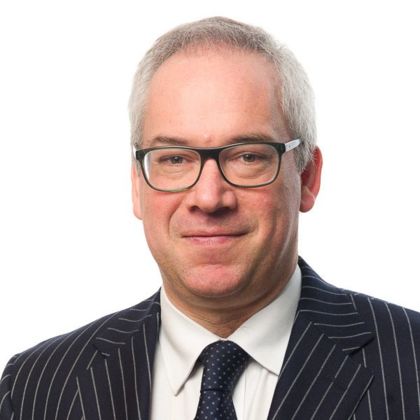 Simon Kilgour is a partner in our Insurance Team and acts for (re)insurers on complex, high value claims and non-standard coverage disputes or market issues. His work is mainly international.  Simon was ranked as a leading lawyer in Insurance Law by SuperLawyers 2013. He is also ranked in the leading independent legal directories and named as one of the leading reinsurance lawyers in Europe.

Simon is an experienced contentious lawyer having litigated and arbitrated a large number of major market disputes over the last 25 years. The majority of these cases have concerned coverage disputes or the conduct of underwriting with values measured in the tens or hundreds of millions of US$. The majority of his cases have an international element and he is experienced as a dispute resolution lawyer.

As a non-contentious lawyer Simon focusses on supporting CMS’ (re)insurer, broker and corporate insured clients in relation to a variety of matters and classes of business.

Simon is a leading innovator of online services to (re)insurers. He is the architect of the CMS reinsurance clause database, ReWord, which won the British Insurance Award for Technology in 2008. He also collaborated with the software company, Adsensa, to create an automated contract review service known as Contract Quality which won the Insurance Initiative of the Year award in 2014 and the British Legal Award for Innovation in 2015.

END_OF_DOCUMENT_TOKEN_TO_BE_REPLACED

CMS Next
On the Pulse
Show all