Information current as of 6 December 2019

What is the state of 5G deployment in France?

No commercial roll-out has been launched yet. However, following the telecommunications regulator’s (the “ARCEP”) draft specification, published on 21 November 2019: (i) the first public auction is expected to be launched in early 2020, with frequencies due to be granted later in 2020; and (ii) commercial deployment should also occur in 2020.

Furthermore, testing has been authorised by the ARCEP:

Link to the list and stage of these authorisations.

See the box below for the list of authorised participants.

At the moment, the different players who requested and obtained an experimental authorisation are the following (please note that some of these authorisations have expired):

What are the conditions?

Please see the section below on the 5G rules for some insights on the conditions considered for upcoming tenders.

The public auction was expected to be launched in Autumn 2019, but due to disagreements between the ARCEP and the Government, it may be delayed to March 2020.

The ARCEP submitted its proposal on 21 November 2019 for the tender conditions, which the Government will likely follow when launching the public auction by March 2020. The proposed tender conditions are as follows:

These conditions are the outcome of the compromise between the ARCEP and the Government: the former required 60MHz to be granted to each operator and a cheaper floor price (EUR1.5 billion in total) while the latter wanted to reduce the fix band to 40 MHz in order to increase the benefits of the bidding section.

The ARCEP summarizes the position adopted by French authorities regarding 5G:

Directive 2019/1972 establishing the European Electronic Communications Code was adopted on 11 December 2018. It will come into force on 20 December 2020 and shall be transposed by the Member States on such date, at the latest. Concerning 5G, paragraph 135 specifies:

“In order to ensure increased coordinated availabilities of radio spectrum by 2020 to achieve very high speed fixed and wireless networks in the context of 5G, the 3.4-3.8 GHz and the 24.25-27.5 GHz bands have been identified by the RSPG [Radio Spectrum Policy Group] as priority bands suitable to fulfil the objectives of the 5G Action Plan by 2020. The 40.5-43.5 GHz and 66-71 GHz bands have also been identified for further study. It is therefore necessary to ensure that, by 31 December 2020, the 3.4-3.8 GHz and the 24.25-27.5 GHz bands or parts thereof are available for terrestrial systems capable of providing wireless broadband services under harmonised conditions established by technical implementing measures adopted in accordance with Article 4 of Decision No 676/2002/EC, complementing Decision (EU) 2017/899 of the European Parliament and of the Council (33), as those bands have specific qualities, in terms of coverage and data capacity, which allow them to be combined appropriately to meet 5G requirements.”

Furthermore, the RSPG released on 30 January 2019 its third opinion to the European Commission on 5G implementation challenges.

Concerning the 3.4 - 3.8 GHz band, the European Commission’s Decision 2008/411/EC harmonises the technical conditions for the use of the spectrum according to the temporal duplexing mode (TDD) in 5 MHz blocks. This EC decision was recently amended by decision 2019/235 of 24 January 2019.

Concerning the availability of the 3.4 -3.8 GHz band on national level, please see the answer to the above question.

Concerning the availability of the 24.25-27.5 GHz band, on national level, please see the answer to the above question.

As regards the obligations of future holders of spectrum licences, they have been examined as part of a public consultation organised from October to December 2018. In particular, the ARCEP considered the following in its consultation document:

A public consultation was organised from 15th July to 4th September 2019 on the upcoming public auction for commercial use of the 3.5 to 3.8 GHz band. The ARCEP’s specification proposal for the public auction was published on 21 November 2019 (see above for the main conditions of this tender) and the next step should be the public auction being launched at the beginning of 2020 by the Government. The main obligations that the mobile operators shall respect pursuant to the draft specifications are the following:

An Act of the Parliament on the protection of the interests of defence and national security of France regarding operation of mobile radio networks was adopted on 1 August, 2019, in the context of increasing risks with the development of 5G technology. The purpose of this bill is to protect France against the risks of cybersecurity breaches by providing that an administrative authorisation granted by the Prime minister is required for the operation of specific radioelectric devices, organising administrative controls on the compliance with this obligation, and setting criminal sanctions in case of violation of these provisions.

The spectrum granted at the end of the upcoming 5G public auction shall last for a fixed period of 15 years, with a potential 5-year extension, pursuant to the draft specifications submitted by the ARCEP to the Government. 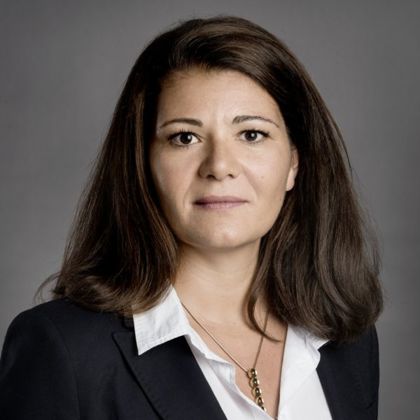