Information current as of 16 December 2019

What is the state of 5G deployment in Mexico?

Regulation establishes that all cell phones with LTE enabled technology must have the 700 MHz band enabled and activated.

Mexico has vacated 70 MHz of the 600 MHz band for 5G deployment.

The Mexican regulator, the Federal Telecommunications Institute (Instituto Federal de Telecomunicaciones or ‘ITF’) has stated plans to simultaneously license 70 MHz of the 600 MHz band and 150 MHz of the 3.4 GHz band by the end of 2020, initially for fixed internet 5G deployment.

Telefónica (40 MHz) and AT&T (80 MHz) already have portions of the 2.5 GHz band which is currently being used for 4.5G deployment.

AT&T has been granted a non-commercial licence to work on a non-profit, experimental project to analyse and identify new products based on 5G technology. AT&T will use a block of 25 MHz of bandwidth, between the frequencies of 3500 and 3525 MHz, to identify the viability and complications of launching new wireless fixed / mobile products in Mexico based on 5G technology and on that radio band (in which it already has a 50 MHz bandwidth piece).

The IFT has hinted that auctions for the 600 MHz band and 3.4 GHz band spectrum licences should happen in early 2020.

The Government has expressed interest in licensing specific spectrum bands for commercial use specifically for 5G, possibly in a single auction.

“It is a spectrum below 1 GHz that we would be thinking could be used for 5G and we would be licensing it in 2019," commented Alejandro Navarrete, head of the IFT's Radio Spectrum Unit.

The IFT has stated to the press that it has begun the design of a reordering plan for the 3.4 GHz spectrum and is analysing the possibility of putting it on the market, in conjunction with the 600 MHz band, by the end of the year 2020.

The official explained that the band services from 3.3 to 3.6 GHz are already being used by companies that in the future will give rise to 5G services, so (if needed) there would be additional licensing.

At the same time, Navarrete said that “an attempt will be made to ensure healthy coexistence in the 3.4 GHz band for the provision of satellite and "terrestrial" services”.

The idea of the regulator, he continued, “is to create an efficient exploitation policy for these frequencies including holders AT&T, Axtel and Telmex, each with 50 MHz of bandwidth of 200 MHz that make up the 3.4 GHz band in ground services, leaving 50MHz for licensing”.

The IFT recently approved the Annual Program of Use and Development of Frequency Bands 2020 (PABF 2020), which aims to determine the spectrum frequency bands that will be put to tender or that can be assigned directly, starting in 2020.

In October 2019, IFT issued the elements to be included in the National Program for Radioelectric Spectrum 2019 – 2014 (Programa Nacional de Espectro Radioeléctrico 2019-2024), including its Strategy 1.2. The elements in the Strategy 1.2 include an increase in the availability of radio spectrum for IMT, and in its Action Line 1.1.3 and 1.1.4  to prepare a radioelectric spectrum plan that encourages deployment of 5G networks and establishes guidelines for the development of narrowband and broadband radio communications systems compatible with Internet of Things (loT) and Artificial Intelligence (AI) applications.

Additionally, the Ministry of Communications and Transport (Government Ministry responsible for telecoms and 5G), announced its plan to create a National Observatory of Technological Trends and Communications in Information Technology to support policy decisions relating to next generation communications technology, including 5G.

To this date, there are no known plans to draft rules especially for 5G. All rules relating to spectrum licensing for commercial purposes are outlined in the Federal Law for Telecommunications and Broadcasting.

Moreover, specific rules concerning technical measures and competitive conditions are set out in each public tender for spectrum licences.

Mexican Law and Regulation foresees asymmetric rules for dominant players and has, in past licensing processes, capped the available spectrum bandwidth being licensed to 32 MHz in the first round, and 35 MHz in the second. 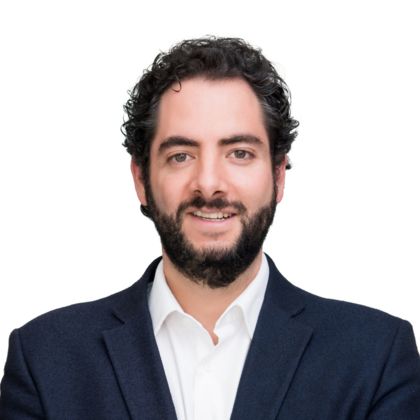