Information current as of 1 December 2019

What is the state of 5G deployment in the Netherlands?

On 5 December 2019, the Dutch government commenced a public consultation for the Dutch multiband spectrum auction. In the spring of 2020, the 700, 1400 and 2100 MHz frequency bands will be distributed in a multi-round auction. The government aims for at least three 5G licensees, with an individual 40% spectrum cap, including existing frequency holdings. The proposed minimum licence bid is EUR900 million and the three major Dutch telecom network operating companies KPN NV, VodafoneZiggo and T-Mobile are expected to participate, though no company is excluded from participating. The Ministry for Economic Affairs and Climate Policy (the “Ministry”) will not provide any information about the total number of participants or their names during the auction. The winning parties will be announced subsequently and the State Secretary will make the entire bidding process public.

The 700 MHz band, which concerns a relatively limited amount of spectrum (2 × 30 MHz) in a low frequency band, is currently part of a broader licence of KPN / Digitenne for digital terrestrial TV. According to this licence, the 700 MHz band will become available for mobile telecommunications by 2024.

On 24 June, the Ministry published a mobile communications memorandum (Nota Mobiele Communicatie) which sets out the conditions of the auctions.

The 3700 - 3800 MHz bands will be made available for local use from 2026 onwards. The conditions under which these bands will be issued/auctioned will be published well in advance of the expiry of the licences. The 3800 - 4200 MHz band will continue to be used for commercial satellite communication.

The capacity of fixed networks needs to be increased for the roll out of 5G by installing antennas and replacing or upgrading existing cable infrastructure. The central government has a limited role in this, as the Dutch municipalities are responsible for granting permits for the installation of antennas and digging activities required for replacing or upgrading the cable infrastructure. The municipalities have agreed that antennas may be installed without a permit under certain conditions to provide mobile network coverage. These conditions are set out in in the Antenna Agreement (Antenneconvenant).

However, the Dutch Telecom Agency (Telecom Agentschap) has identified a wide variety of local rules. Therefore, they have called for a collective effort by market participants to harmonise these rules, the government and municipalities in the rollout of 5G. This has not yet led to any tangible follow-up.

Recently, there has been controversy about the fact that KPN signed a contract with Huawei for the construction of its 5G network. Huawei has been contracted to modernise less sensitive components, such as KPN’s mobile radio and antenna network. The Dutch Ministry of Justice and Security has confirmed the creation of an inter-departmental taskforce to look at the security risks with respect to the construction and roll-out of 5G networks.

As a result of the investigation of the task force, the Dutch Ministry of Economic Affairs and Climate Policy published on 5 December 2019 an administrative order on the safety and integrity of telecommunications. The order refers to potential measures to ban ‘unreliable suppliers’ from critical parts of a telecom network. In the EU Telecom Council, the member states agreed that critical parts of a telecom network may only be sourced from reliable suppliers. The Dutch order is in line with this agreement. Mobile telecom providers in the Netherlands can (as a consequence) be instructed to exclude certain suppliers if they are suspected of abuse or espionage.

The 3.5 GHz band is currently used by the intelligence and security services for the interception of satellite communication. Research by TNO (the Netherlands organization for applied scientific research), to which CMS has contributed, shows the 3.5 GHz band cannot be used both for 5G and for satellite interception simultaneously without the satellite interception being significantly affected. Therefore, the Ministry of the Interior and Kingdom Relations and the Ministry of Defence are investigating the possibilities of relocating (parts of) the satellite earth station to another physical location abroad. In November, the government announced that the proposed international solution is in principle feasible and that this frequency band may become available for mobile services by September 2022.

At this moment the Dutch government has issued 16 experimental permits for testing 5G. Most test locations use 3.5 GHz, using temporary permits running until next year.

The following (Dutch) mobile network operators are testing 5G network in different cities in the Netherlands:

See above. The State Secretary for Economic Affairs and Climate Policy has declared that the first auctions will take place at the end of 2021 or in the beginning of 2022.

The State Secretary for Economic Affairs and Climate Policy has stated that the overarching objective of the auction will be to realize efficient distribution, offer realistic opportunities for all participants and achieve a realistic auction revenue. For the more specific implementation of the auction, the objectives of simplicity, transparency and freedom of choice will apply in order of priority. For more information please click here.

The draft rules set out that 5G licence winners must achieve 98% area coverage of all municipalities nationwide, with a minimum speed of 100 Mbps at the network edge. The administrative order on the safety and integrity of telecommunications requires that critical network elements must be procured from reliable vendors.

The Minister has indicated that the advice of the Dutch Authority for Consumers and Markets (“ACM”) will weigh heavily when drafting the auction (condition) policies. For more information please click here.

The ACM recommends using a band global spectrum of 40% to prevent asymmetry in spectrum ownership. The ACM does not consider it appropriate to take other measures in addition to these spectrum caps.

In a press release the ACM announced plans to develop guidelines for operators looking to share infrastructure for the roll-out of 5G. This will address concerns over competition regulation in general and network cooperation. The guidelines will look at, among other things, the conditions under which telecom providers are allowed to work together in the roll-out of the 5G network, for example in unprofitable regions specifically. The guidelines will also outline the conditions for spectrum lease contracts to comply with competition law. This is important not only for 5G spectrum, but also existing radio frequency licences. The ACM expects to publish its recommendations in February 2020, to help operators prepare for the planned multi-band spectrum auction next year. 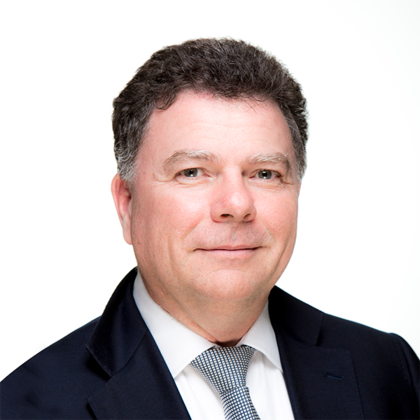