In the current coronavirus crisis, companies and businesses must be aware of the fact that, in principle, antitrust law provisions remain fully in force. Nevertheless, on 23 March 2020, the European Competition Network (“ECN”), which encompasses the national competition authorities of the EU Member States and the European Commission, issued a joint statement in which it acknowledged “that this extraordinary situation may trigger the need for companies to cooperate in order to ensure the supply and fair distribution of scarce products to all consumers”. In addition, the ECN guaranteed that the competition authorities are not going to intervene against necessary and temporary measures adopted to tackle a shortage of supply during the crisis.

In this sense, although companies should continue to fiercely compete and bearing in mind that antitrust rules still apply in times of crisis, the ECN admits that some flexibility of competition rules could be accepted, in particular, in relation to measures aimed at avoiding shortages of supply.

In addition, countries like Norway, in the field of transport, and the United Kingdom, concerning supermarkets, are open to allow cooperation between companies during the pandemic and are introducing amendments to current antitrust regimes. In the United Kingdom, the competition authority has even issued guidance that sets out the criteria for the possible exemptions of anti-competitive practices in general.

In Spain, the Competition Authority (“CNMC”) has expressly stated that it endorses the content of the ECN joint statement and, therefore, it can be assumed that it will also take a more flexible approach. In any event, on 12 March 2020, the CNMC issued a Communication indicating that it would reinforce the vigilance of potential restrictive practices which might affect products intended to protect public health.

Finally, certain rules adopted by the Spanish Government (in particular, Royal Decree 463/2020 of 14 March 2020) affect the deadlines of infringement and merger control proceedings currently initiated before the CNMC and the regional competition authorities (the latter only in relation to infringement proceedings).

In the context of the current crisis, it is essential that companies remain well informed of the risks and opportunities they may encounter from an antitrust law perspective. In the following sections, please find a summary of the main ones, focusing on different areas:

As indicated above, the CNMC has expressly pointed out that it is keeping a closer eye out for potentially anti-competitive practices which could distort supply or trigger a rise in the price of the most in-demand products to protect the health of the population during the crisis.

The CNMC also made reference to the fact that antitrust provisions remain in full force and effect, which is especially relevant for hardcore restrictions of competition such as price fixing, market or customer allocation, the fraudulent sharing of public or private tenders and the artificial limitation of supply, all of which are undoubtedly prohibited.

In this regard, and in the same Communication, it encouraged citizens to use the online channels at their disposal to provide information involving possible infringements.

Furthermore, in line with the ECN joint statement, the CNMC (as with other competition authorities) has acknowledged that the current exceptional situation resulting from the crisis may justify the adoption of cooperation agreements between companies that would in principle be exempt from the prohibition on restrictive agreements, provided that they are necessary to achieve, for example, a reduction in costs or an improvement in the supply conditions of essential products. In this regard, it has established a specific e-mail address ([email protected]) at which companies can consult on the possible compatibility with competition rules of potential transitional cooperation agreements between competitors in the context of the crisis. This mailbox is also available for submitting complaints regarding anticompetitive practices that capitalise on the health crisis affecting consumers.

Potential agreements will need to be assessed individually by the relevant companies and, where appropriate, decided by the Spanish authority on a case-by-case basis in view of the possible efficiencies generated, in particular applying in cases where the direct concern is to guarantee supply to consumers during the crisis.

In addition to this, exchanges of information aimed at reducing costs and improving supply could also be exempted from the prohibition of restrictive agreements, provided they contribute to a more efficient supply and distribution of products and services in the present situation.

Abuse of dominance rules continue to apply in times of crisis, perhaps with even more severity than rules on restrictive agreements between competitors. Dominant suppliers need to be aware of this and apply all precautionary measures to avoid engaging in potentially exploitative behaviour, in particular, in relation to products and services whose demand is greatly rising due to the crisis. This involves avoiding excessive prices or applying unfair commercial conditions in relation to all, but more so to such products and services.

Similarly, dominant companies will need to avoid discriminatory practices between customers, which is particularly relevant in terms of the scarcity of supply and production, shortage of raw materials and the like. In this regard, it may well be that some dominant suppliers cannot respond to all orders received from customers, in which case they will need to adopt mechanisms to avoid discrimination between them.

In this sense, the CNMC announced that is has redoubled its monitoring for potential abuses that could hinder the supply or raise the prices of products aimed at protecting public health, in order to ensure that certain abusive practices do not take place in Spain during the crisis, such as price hiking, particularly in the sectors of sanitary materials and funeral or crematory services.

The CNMC is following the lead of other national competition authorities, for example, the CMA in the United Kingdom, that addressed an open letter for business in the pharma and food and drink industries warning firms not to capitalise on the current situation by charging unjustifiable high prices for essential goods. Furthermore, the Italian Competition authority recently initiated an investigation regarding the significant increase in the prices of hand sanitiser products and masks since the coronavirus outbreak.

Finally, businesses should be aware of the fact that, due to changing market conditions and narrower relevant market definitions, this crisis may strengthen the position of already dominant companies or create new dominant players, which will need to abide by the – new to them – abuse of dominance rules.

The crisis has directly affected merger control regimes. Several countries, such as Germany and France, have recommended delaying the notification of concentrations that can still wait. The European Commission has adopted a similar approach.

The CNMC has not adopted this position, although in Spain, due to the state of emergency in response to the crisis, all periods and timelines for completing administrative procedures (including merger control ones) are suspended until, in principle, 12 April 2020. Therefore, the CNMC is not obliged to give clearance to concentrations during the crisis, a crucial aspect that should be taken into account when addressing the timeline of any concentration during the crisis.

In the same vein, parties to merger control proceedings are not obliged to respond to requests for information for which the deadline for response had not expired by 14 March 2020 (when the state of emergency entered into force) and, therefore, they are not exposed to fines in absence of a response.

Nevertheless, the CNMC announced that the parties concerned can request the continuation of ongoing merger control proceedings. This is expected to be analysed on a case-by-case basis, although appears possible in particular if the concentration project does not pose competition law concerns. It cannot be ruled out that, where appropriate, the CNMC would allow the opening of new merger control proceedings with serious implications closely related to the crisis.

Finally, the CNMC also informed that its electronic office will remain active during the crisis, being this the appropriate way to submit merger notifications until further notice, provided that the concentration involves the serious implications referred to above. 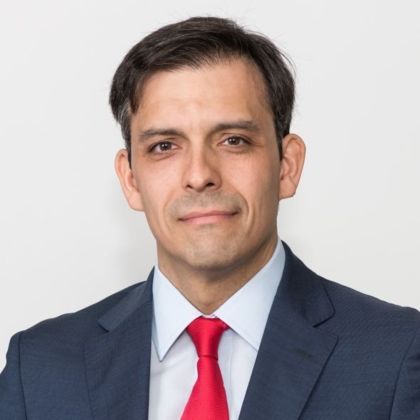