1. In your jurisdiction, are taxpayers obliged to maintain transfer pricing documentation? Does this obligation apply to all taxpayers, or only to certain categories (e.g. taxpayers with turnover or assets exceeding a particular threshold)?

In Hungary, all Hungarian resident entities subject to corporate income tax, including permanent establishments (“PEs”) of foreign entities, are generally required to maintain a transfer pricing documentation (“TPD”) with regard to transactions made with affiliated entities. This applies even where the affiliated entity is wholly domestic, and is subject to only a few exceptions.

The above conditions must be satisfied at a consolidated level.

Medium-sized enterprises are exempted from having to maintain TPD in relation to long-term contracts which are made with affiliated companies for the purposes of making joint purchases and sales in order to overcome a competitive disadvantage. This, however, is subject to the proviso that the combined voting rights of small and medium-enterprise shareholders in the related party exceed 50%. Under the relevant Hungarian regulations, the taxpayer will qualify as a medium-sized enterprise if, on a consolidated basis:

The obligation for preparing transfer pricing documentation does not apply to:

2. What is the content of the documentation that must be prepared?

a) Which transactions must be documented (all transactions with associated enterprises, or only those which exceed a particular threshold)?

All transactions with associated enterprises must be documented. However, for low value adding intra-group services taxpayers may prepare TPD that encompasses a less detailed technical analysis. This type of documentation may only be applied if the value of the transaction does not exceed HUF 150 million (approximately EUR 526,400), 5% of the service provider’s net income and 10% of the recipient’s operational costs and expenditures in the tax year in question. In this case, the cost plus method is accepted without a separate analysis, and mark-ups between 3% and 7% are considered by the law to be at arm’s length.

In principle, TPD has to prepared separately for each transaction, however, a consolidated TPD may be prepared with respect to several transactions if the requirement of comparability is respected, and the subject of the agreements are the same, or similar. The fact of consolidation should be justified in detail in the TPD.

b) What is the definition of “associated enterprises” for the purposes of this requirement?

The relevant Hungarian definition of related parties basically states that two taxpayers will generally be regarded as related parties when one of them has direct or indirect majority control over the other. This also applies when a third person has such influence on two other persons (which makes those two persons “related”). The definition also applies to a head office and its PE. The term “majority control” is defined by the Hungarian Civil Code, according to which an individual or a legal entity has majority control in another entity if:

c) For EU countries, is the content of the documentation similar to that described in the EU Code of Conduct on transfer pricing documentation for associated enterprises (“EU TPD”)? If not, are taxpayers entitled to choose between the local requirements and the EU TPD?

As of 1 January 2010 a new Ministry of Finance decree on transfer pricing documentation requirements (“the Decree”) has come into force and was further amended as of 1 January 2012, aiming to bring the Hungarian legislation more into line with the EUTPD. However, this goal has only been partially achieved.

The Decree allows taxpayers to choose to adopt the EU masterfile / country file approach (as set out in the EUTPD) instead of unitary documentation.

However, it does not avoid the need to analyse each agreement / transaction separately. This means that in many (if not most) cases, it will be very difficult to save costs by using a masterfile for all EU companies in a group as the most costly analyses will still need to be prepared and presented on a transactional basis.

The masterfile should contain standardised information relevant for all EU group members. According to the relevant provisions these include the following:

According to the current Hungarian legislation the “country file” (which is to be prepared on a transaction by transaction basis, not simply on a country basis) should contain at least the following items:

Please note that, if the group so decides, any of the above mentioned items can be included in the masterfile.

However they should be as detailed as is required in the case of the country file.

According to the current Hungarian provisions, Hungarian taxpayers are not obliged to insert a commitment in their masterfile, whereby they undertake to provide supplementary information upon request and within a reasonable time frame according to national rules. However, the Hungarian Tax Authority (“HTA”) can ask the foreign tax authority of another EU country or of another treaty country to collect the information.

In general, regional benchmark studies are accepted by the HTA.

f) What language(s) are to be used by taxpayers in submitting the transfer pricing documentation?

As of 1 January 2012 the HTA accepts TPD and the related supporting documents not only in Hungarian, but also in English, German and French.

The deadline for preparing TPD is the statutory deadline for filing the taxpayer’s Hungarian corporate income tax return in respect of the foregoing tax year. Assuming that the business year of the taxpayer corresponds to the calendar year, the TPD is required to be in place by 31 May of the calendar year following that in which the intercompany transaction was concluded (provided further that any performance was effected on the basis of the agreement in such year).

It is not necessary to submit the documentation to the HTA, but it should be kept on file and ready to be shown to the HTA if requested during an audit. The statute of limitations in Hungary (for tax purposes) is generally six years (seven in extreme cases).

4. In the event that the documentation is not provided within the applicable timescale, or is incomplete, do documentation-related penalties apply in your jurisdiction? If so, please detail the penalties and the circumstances in which they do and do not apply.

If the taxpayer was liable to keep internal records but failed to do so, or the TPD was incomplete, and the HTA establishes this during a tax audit, it may impose a fine on the taxpayer of up to HUF 2 million (approximately EUR 7,000) for each missing or incomplete TPD set and up to HUF 4 million (approximately EUR 14,000) in the event of repeated non-compliance. Furthermore, in the event of a repeated offense concerning the same transaction, the penalty may be four times that previously levied. Consequently, the HTA may levy the maximum default penalty even where the TPD was available, but had not been prepared in accordance with the relevant provisions of Hungarian legislation.

In practice, the penalty is often levied in cases where the HTA can prove (e.g. on the basis of the data used for the benchmarking study) that the TPD was not available at the statutory deadline despite being available at the time of the audit.

5. Does the absence or incompleteness of documentation reverse the burden of the proof as regards the arm’s length character of the transactions?

If the taxpayer has prepared appropriate TPD in relation to its related party transactions, the HTA bears the burden of proof, i.e. the HTA has to prove that the arm’s length price presented in the TPD is not adequate. However, if the HTA has established during a tax audit that the taxpayer has no documentation, or that its documentation is inadequate, it may determine the appropriate pricing level itself. Few restrictions apply in this regard. Formally, the HTA would still need to justify its findings, but as it would not be constrained by any existing TPD the taxpayer would have to prove that the HTA’s analysis was wrong. Thus, the burden of proof would effectively be shifted to the taxpayer.

6. In the event that the tax authorities (i) impose documentation-related penalties and (ii) make a transfer pricing reassessment, does the imposition of documentation-related penalties prevent the taxpayer from initiating any mutual agreement procedure which may be contained in an applicable tax treaty (or, for EU countries, the procedure contained in the EU Arbitration Convention) with a view to eliminating any double taxation resulting from the transfer pricing reassessment?

No special provision exists in Hungary in this regard, thus only the Arbitration Convention is relevant and this only applies to EU countries. According to Hungary’s declaration in relation to article 8 of the Convention, it reserves the right to deny the mutual agreement procedure only in cases of criminal penalties, or penalties which relate to unpaid taxes exceeding HUF 50 million. This means that the procedure under the EU Arbitration Convention may not be denied solely on the basis of the HUF 2 million procedural penalty for not having drawn up a TPD. However, in the case of a re-assessment, the procedure may theoretically be denied, if the re-assessment results in unpaid taxes exceeding HUF 50 million (approximately EUR 176,000). This would however correspond to a tax base re-assessment of approximately EUR 1 million. 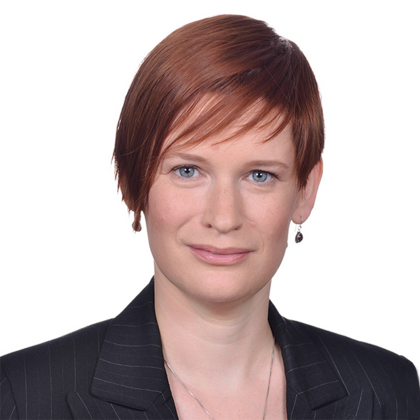