If the two above mentioned measures are not successful, the taxpayer may finally apply for a tax waiver in accordance with sec. 48 Austrian Federal Tax Code (Bundesabgabenordnung) (hereinafter “FTC”). Such waiver is a unilateral Austrian measure applied by the Austrian tax authority (in its sole discretion) to protect Austrian companies in cases of insufficient international protection.

The taxpayer may also apply for forbearance with the argument that a tax collection in the respective single case would be unreasonable (cf. § 236 FTC). In practice this instrument is however rarely successful, the decision lies within the sole discretion of the Austrian tax authority.

Based on the updated article 25 sec. 5 of the OECD Model Tax Convention (hereinafter “OECD-MTC”), Austria has incorporated the arbitration clause up to now in the following Double Taxation Treaties (hereinafter “DTT”): Armenia, Azerbaijan, Bahrain, Bosnia and Herzegovina, Germany, Macedonia, Mongolia, San Marino and Switzerland. These clauses have all in common that an arbitration procedure may be initiated only after a mutual agreement procedure based on article 25 of the OECD-MTC has remained unsuccessful for a period of (usually) two years (exception Germany: three years).

A mutual agreement procedure usually takes between one and two years. The pace of such procedure depends on the two tax authorities involved in such procedure.

In both procedures, the mutual agreement procedure under the DTT as well as the mutual agreement procedure under the EU Arbitration Convention, the application for commencement of a procedure must be filed within three years after the “first notification” of the action which results or is likely to result in double taxation. Austrian commentators take the opinion that such “first notification” may be (i) the meeting where the results of the tax audit are finally notified by the tax authority to the taxpayer, or (ii) the date of the relevant tax assessments or (iii) the actual taxation of the taxpayer at the latest.

The preferred timing of initiating a procedure may vary as such decisions depends on the circumstances of the single case.

The Austrian tax authorities take the opinion that a mutual agreement procedure should be commenced in the contracting state where the headquarters of the group is located.

However, an Austrian subsidiary may apply for a unilateral correlative adjustment procedure with the competent Austrian tax authority.

The prerequisite for initiating an international procedure is a breach or likely breach of a DTT. The application needs to be submitted in writing. There are no specific formal requirements.

The application should contain:

The competent Austrian tax authority is the department No VI/8 – International Tax Law – at the Federal Ministry of Finance, Johannesgasse 5, 1010 Vienna.

7.In which cases would the competent authority of your jurisdiction refuse to engage/participate to the international procedure to eliminate double taxation?

Prior to commencing a mutual agreement procedure, the tax authority will review the case at hand and determine whether the material prerequisites for such procedure are fulfilled (Pre-trial). In such pre-trial, the tax authority will also review the possibility of resolving the tax issue at hand on a national level. The material prerequisites are in particular:

For the duration of a mutual understanding procedure, the collection of the taxes may be suspended. Such suspension may be valid up to two years, although subsequent suspensions may be granted. The taxpayer has to apply for such suspension. The prerequisite for the suspension is (i) that the instant collection of the respective tax would lead to a disproportionate financial turmoil of the taxpayer and (ii) that the tax collection will not be endangered by the suspension. In case of a tax suspension, interest is triggered in the amount of 4.5% plus the basis rate 2 The basis rate is published by the Austrian national bank on a monthly basis. . 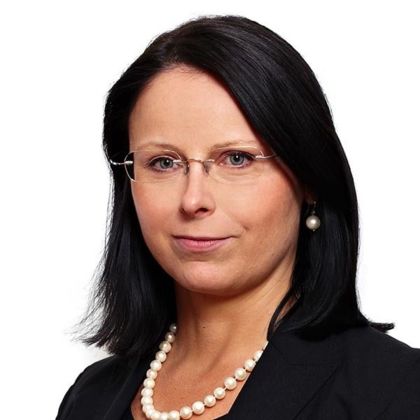