Double taxation elimination further to a transfer pricing reassessment in Bulgaria may be achieved under:

The Bulgarian domestic legislation does not explicitly provide for alternative instruments for the elimination of double taxation further to a transfer pricing adjustment, apart for the above mentioned options. The Transfer Pricing Guidelines issued by the Bulgarian revenue authorities refer to these procedures only.

Currently, no double tax treaty signed by Bulgaria provides for an arbitration procedure.

There are no explicit rules in the domestic legislation about such procedures, neither there is an established practice of the Bulgarian revenue authorities. There have been very limited number of cases in practice and the timeframe to complete the procedure varies depending on the complexity of the cases.

It should be advisable to first start the discussions with the revenue authorities immediately after the delivery of the tax assessment report and to start the actual procedure along with an appeal process.

According to the applicable procedure, the Bulgarian revenue authorities must receive the application for the international procedure to eliminate double taxation.

There are no explicit documents required to initiate the procedure, the taxpayer should however substantiate the applicability of the procedure before the competent authority.

In Bulgaria the competent authority to address a claim for the initiation of a procedure is the National Revenue Agency, Sofia Directorate having its address at 21 Aksakov Str, 1000 Sofia.

There are no explicit definitions of “transfer pricing dispute” or “serious penalties” in Bulgarian domestic legislation specifically concerning such cases. However, under the general rules a “serious penalty” with respect to taxation matters under Bulgarian practice would be a penalty levied on an violation of tax laws relating to a tax assessment exceeding a total amount of 140 minimum monthly salaries (currently approx. EUR 27,000).

As already said above, there are only restricted cases related to transfer pricing matters, especially with regard to the elimination of the double taxation. Currently, there are no specific cases, where the tax administration refused to apply the international procedure to eliminate double taxation.

The procedure for the tax collection would not be automatically suspended under the procedure. In fact, the appeal of an assessment act does not suspend the collection of the sums assessed as being due to the treasury, but such suspension may be achieved further to an explicit request and provision of a guarantee.

In Bulgaria the adjustments shall be performed over the years concerned.

Interest will be due to the local taxpayer only in cases where a preceding tax assessment imposed by the local tax authorities was decreased/revoked further to the application of a procedure for elimination of double taxation. If the decrease of the tax due results in tax loss for the year, such tax loss may be carried forward under the general rules as of the year of the occurrence (not the year of assessment).

A transfer pricing adjustment of a local company where the amounts paid to a non-resident are considered excessive, usually results in the re-classification of these amounts as hidden profits distribution which renders them as:

Withholding tax on deemed distribution is levied according to the applicable double tax treaty. However, the specific treaty may explicitly prohibit withholding tax relief on hidden profit distribution 3 Recently updated double tax treaties, such as the treaties between Bulgaria and Norway, Switzerland, the UK, Romania respectively contain specific anti-avoidance rules that will not allow dividend tax relief on hidden profit distributions. .

The practice in Bulgaria on such cases is very limited and is yet to develop. 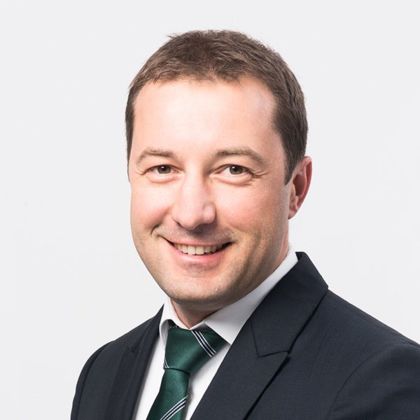