Legal bases for the elimination of double taxation in Italy are:

On the contrary, if the assessment is notified to the foreign entity of the group, its Italian counterpart may invoke a unilateral remedy asking to the Italian tax administration to refund taxes paid in excess in Italy as a consequence of revenues higher than appropriate or costs lower than appropriate due to intra-group transfer pricing policies. In this case, the foreign assessment may be shown to the Italian authorities to support the refund claim.

Please note that, with the sole exception of the Italy-San Marin treaty, the said arbitration clauses require that the two countries and the taxpayer express their consensus in order to start the arbitration procedure. In other words, they do not provide a mandatory arbitration.

For the sake of clarity, we report hereunder the arbitration clause included in the treaties signed by Italy with Canada and the US.

“If any difficulty or doubt arising as to the interpretation or application of the Convention cannot be resolved by the competent authorities pursuant to the preceding paragraphs of this Article, the case may be submitted for arbitration if both competent authorities and the taxpayer agree and the taxpayer agrees in writing to be bound by the decision of the arbitration board. The decision of the arbitration board in a particular case shall be binding on both States with respect to that case. The procedure shall be established in an exchange of notes between the Contracting States”.

The sole exception to the above mentioned approach is represented by the arbitration clause included in the Italy-San Marin treaty signed on 21 March 2002. Indeed, based on Article 25, paragraphs 5, 6 and 7, of such treaty, if the two countries do not reach an agreement on the elimination of double taxation within two years, an arbitration commission is set up subject to the previous (i) acceptance by the taxpayer of any outcome of the arbitration procedure and (ii) waiver of any domestic litigation eventually in place. The arbitration commission has to release its opinion within six months and the two countries have to agree on the remedies to avoid the double taxation, even not in compliance with the said opinion, within the following six months. Otherwise, the opinion becomes binding.

In our experience at least three years are necessary to eliminate double taxation under the European Arbitration Convention or the mutual agreement procedure set forth by a tax treaty.

Notwithstanding the above, before initiating a procedure it is in general advisable to discuss the case with the Italian tax administration in order to see whether it is possible to convince the latter that the reassessment is fully or partly wrong.

In order to initiate an international procedure in Italy the taxpayer has to file a written claim to the Ministry of Finance. In the claim it should describe the parties involved, their relationship, the position of the tax administration and reason to contest such position. It should also file a number of documents that are substantially in line with those requested by the EU Code of Conduct of 22 December 2009.

Typically the Italian tax administration refuses to participate to an international procedure to eliminate double taxation when the reassessment challenges the existence or the inherence of an item of income rather than the congruity of its quantification. This may be the case, for example, when a reassessment denies the deduction of costs charged pursuant to a management service agreement. In a similar circumstance it happened that the Italian tax administration refused to initiate the procedure because the denial to deduct was grounded on the fact that the services were not rendered to the Italian entity or were not beneficial to the latter rather than on the inadequacy of the cost sharing system in place or level of mark-up adopted.

Finally, the Italian tax administration typically refuses to activate the European Arbitration Convention when serious penalties have been applied. Italy has taken the view (through a unilateral declaration attached to the Arbitration Convention) that “the term ‘serious penalties’ means penalties laid down for illicit acts, within the meaning of the domestic law, constituting a tax offence”. In line with the recommendation of the above mentioned Code of Conduct the Italian tax administration usually considers that serious penalties occur only in exceptional cases of fraudulent behaviors, generally not arising in transfer pricing cases.

The law does not provide any suspension of tax collection in the framework of a mutual agreement procedure initiated on the basis of a treaty. The taxpayer may however get access to the remedies ordinarily available, such as the administrative suspension or the suspension granted by a tax court. To that end, it is necessary to demonstrate that the reasons invoked by the taxpayer to oppose the reassessment are somehow grounded (fumus boni iuris) and that the collection would cause severe damages to the taxpayer (periculum in mora).

The situation is different with regard to the European Arbitration Convention. In fact, the law that has ratified the Convention provides that, while the procedure is pending, the Italian tax administration may authorize the suspension of the collection of taxes, interest and penalties. However, if the taxpayer is carrying on at the same time an appeal against the same items falling into the scope of the international procedure initiated, the authorization about the suspension of the tax collection is granted subject to condition that the taxpayer withdraws from the appeal.

The agreement is in general implemented through a reduction (or cancellation) of the reassessment that has provoked the procedure. If the collection was not suspended, amounts already paid in excess of those due based on the reduced reassessment are refunded to the taxpayer with interest.

Most of the treaties entered into by Italy contain an interpretative provision saying that the mutual agreement procedure is not alternative to the national contentious proceedings, which shall be preventively initiated when the claim is related to an assessment of Italian tax not in accordance with the Convention.
The parallel progress of a MAP and a domestic court appeal might potentially lead to a conflicting outcome between the domestic court judgment and the agreement achieved by the competent authorities involved.
If this happens, the Italian tax administration would be unable to comply with the mutual agreement. As a result:

With regard to the European Arbitration Convention, as Italy is one of those jurisdictions where administrative authorities cannot deviate from the decision of a judicial body, the arbitration phase may be activated only and insofar as the deadline to file an appeal has expired, or the entreprise has withdrawn any such appeal before a decision has been delivered. Moreover, should the request for opening the procedure be submitted before withdrawing from the judgment, the two years period only runs from the date the enterprise has withdrawn from the first grade of appeal.

Accordingly, in the event the taxpayer simultaneously submits a mutual agreement procedure opening request and carries on the appeal against the reassessment, the existence of a litigation proceeding does not prevent the mutual agreement procedure to begin and/or the competent authorities to exchange views regarding the case or information on the pending judicial proceeding. However, in the event a judicial decision occurred and yet double taxation has not been eliminated, the latter will not be removed unless the foreign competent authority signs a mutual agreement consistent with the domestic judicial decision. 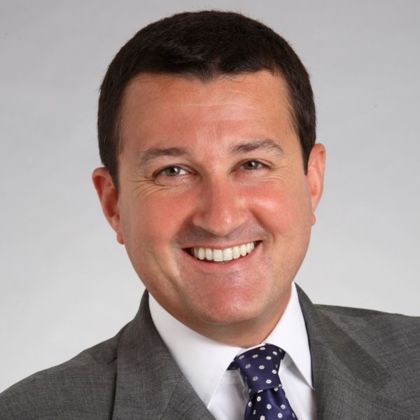