In Portugal, in the framework of intragroup flows between related parties both established in Portugal, the Corporate Income Tax Code (hereinafter “CIT Code”) and Ministerial Order (hereinafter “Portaria”) 1446-C/2001, of 21 December 2001, determine that between related parties that are both liable to Portuguese CIT any adjustment to the taxable income of one must be reflected by a corresponding adjustment to the taxable income of the other. Between two Portuguese domiciled entities, the Portuguese Tax Authorities (hereinafter “PTA”) officiously promotes the correlative adjustments.

When the adjustment affects transactions between a Portuguese entity and a nonresident entity, rather than establishing a specific and mandatory mechanism to avoid double taxation, domestic legislation refers to international conventions, which means that the elimination of double taxation depends on the procedures laid down in the Double Tax Treaties (hereinafter “DTT”) entered into between Portugal and other States – which follow the OECD model – and the European Arbitration Convention.

Pursuant to Articles 63 (12) of the CIT Code and 17 (2) of Ministerial Order 1446-C/2001, the PTA is not obliged to start a unilateral procedure to avoid double taxation deriving from transfer pricing adjustments. However, the Portuguese taxpayer can trigger this procedure by submitting a request to the Director-General of the PTA. Once the taxpayer’s request is received, the PTA must contact the foreign authorities and exchange information in accordance with Article 25 of the DTT. Following the exchange of information, should the PTA and the foreign authorities reach an agreement on the adjustments, within 120 days the PTA implements the appropriate adjustments to the Portuguese taxpayer’s income, refunding tax in excess.

To the present day Portugal has only incorporated the arbitration clause in the DTT entered into with Japan.

Consequently, when the European Arbitration Convention is not applicable the decision whether to perform a correlative adjustment lies within the sole discretion of the tax authorities involved in the Mutual Agreement Procedure provided for by a DTT.

It is difficult to estimate the time a Mutual Agreement Procedure (hereinafter “MAP”) may take, as it depends on different factors such as the complexity of the case, the documentation requested by the tax inspector and the pace of the authorities involved in the procedure. Under normal conditions the procedure is likely to be concluded within 1.5 to 2 years timeframe.

In both procedures – i.e. a MAP under the European Arbitration Convention or under the DTT – the starting point for the calculation of the time limit to initiate a procedure is the notification of the action which results or is likely to result in double taxation, which corresponds to the first tax assessment notice or equivalent.

The time limit varies depending on the provisions set out on the DTT (when applicable) or the European Arbitration Convention (three years).

As per Article 18 (1) of Ministerial Order 1446-C/2001, a Portuguese resident is entitled to apply for a MAP before the PTA when a reassessment is issued by the PTA, as well as when a foreign authority officially proposes to perform adjustments to a nonresident related party and this will lead or is likely to lead to a breach of international conventions (DTT’s) signed by Portugal.

The written application to start an international procedure is not subject to specific formal requirements. The Portuguese taxpayer should provide the information specified in the Code of Conduct on European Arbitration Convention and in Article 18 (2) of Ministerial Order 1446-C/2001, namely:

Prior to the commencement of any procedure, the PTA analyzes the information and documentation presented by the taxpayer in order to determine whether the material requirements are fulfilled. In accordance with Article 19 (1) of Ministerial Order 1446-C/2001, the PTA may refuse to review the case and start a procedure in certain conditions, such as:

There are no specific provisions in respect of additional assessments based on transfer pricing rules, especially in the framework of MAP.

Generally speaking, pursuant to domestic legislation, challenging an assessment does not prevent from the collection of tax. Suspension of collection measures is granted only upon the provision of a guarantee (e.g. bank guarantee, mortgage) by the taxpayer. In addition, late payment interest is due, currently at a 5.476% annual rate.

Correlative adjustments in Portugal are performed over the tax periods affected by the transaction, i.e. over the years reassessed. Should the international procedure result in a reduction of the tax burden, the taxpayer is entitled to claim the payment of interest at a 4.00% annual rate on the amount paid in excess.

Due to the non-existence of specific provisions in the Portuguese law regarding secondary adjustments, such adjustments are not authorized. 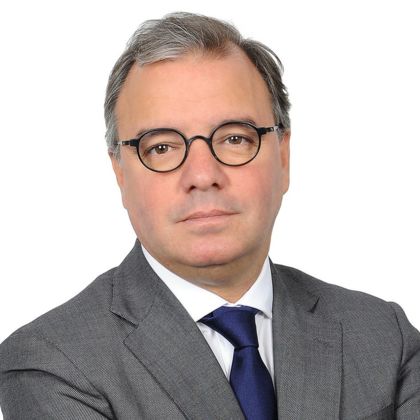