As the UK is a member of the OECD, UK taxpayers may invoke Mutual Agreement Procedures (hereinafter “MAP”) described under Article 25 of the OECD Model Tax Convention (hereinafter “OECD-MTC”). The terms of the OECD-MTC are generally adopted under the relevant tax treaty where the other signatory is agreeable. The European Union (hereinafter “EU”) ‘Convention on the elimination of double taxation in connection with the adjustment of profits of associated enterprises’ 90/463/EEC (hereinafter the “European Arbitration Convention”) may provide an alternative to the MAP procedure under the UK’s tax treaties where residents of EU Member States are potentially subject to double taxation. MAP may be invoked under the UK’s tax treaties, under the European Arbitration Convention, or under both simultaneously.

On considering a MAP case, the UK Competent Authority may conclude that the taxation of relevant transactions proposed or applied by a tax treaty partner is in accordance with the tax treaty and may grant relief on a unilateral basis at this point, even if the treaty partner is unwilling or unable to enter MAP.

The UK has tax treaties with over 100 countries, about thirteen of which now contain a provision for arbitration. HMRC is generally prepared to consider requests for reference of a case to arbitration unless the relevant tax treaty prevents it.

Statistics released by Her Majesty’s Revenue and Customs (hereinafter “HMRC”) covering the period 2009 – 2014 indicate that the average time to resolve MAP cases is 20 – 29 months, with 50% of cases resolved within approximately 20 months.

MAP cases must be presented before the expiration of:

The starting point for the time limit depends on the specific terms of the particular UK tax treaty under which the MAP is invoked. For older treaties the time period is not addressed, so that the domestic limit of 6 years following the end of the tax year to which the case relates applies. In each case the relevant tax treaty should be consulted.

Taxpayers are generally invited to follow the normal transfer pricing enquiry process before invoking MAP, and to informally discuss double taxation issues prior to the MAP process being formally initiated. Therefore, in practice, MAP does not provide a parallel avenue to the domestic appeals process. It should be noted that the UK taxpayer is not a formal party to the MAP consultation process, but is invited to participate informally at the discretion of HMRC.

In the UK domestic legislation, there is no set form of presentation of a MAP case.

For cases initiated in the framework of the European Arbitration Convention, taxpayers should follow the guidelines provided by this treaty. Furthermore, specific treaties may state that certain information must be provided before it is accepted that a case has been presented for the purposes of starting the period after which arbitration may be invoked. It is therefore advisable to consult the relevant treaty and public guidance on the matter provided by the UK’s treaty partner when presenting a case to that partner.

UK taxpayers may present their cases in writing to the HMRC parties listed in State of Practice 1 (2011) and International Manual INTM153270. A presentation should specify the year(s) concerned, the nature of the action giving rise, or expected to give rise, to taxation not in accordance with the convention, and the full names and addresses of the parties to which the MAP relates, including the UK enterprise’s HMRC office and reference number.

HMRC follows the European Arbitration Convention. Article 8 of the Arbitration Convention provides that the competent authority of a Contracting State is not obliged to initiate either of the two stages, MAP or advisory commission, where one of the enterprises involved is liable to a serious penalty. The UK has declared that it will interpret the term ‘serious penalty’ as comprising criminal sanctions and administrative sanctions in respect of the deliberate or careless delivery of incorrect accounts, claims or returns for tax purposes.

HMRC will, in practice, only exercise its discretion under Article 8 in cases involving the imposition of penalties for deliberate inaccuracy. In considering whether to proceed under the Arbitration Convention the UK will take into account the facts and circumstances which have led to the taxpayer becoming liable to such a sanction.

There is no provision equivalent to Article 8 of the Arbitration Convention affecting MAP or arbitration in the OECD Model on which the UK seeks to base its tax treaties.

Tax collection is not suspended during the MAP procedure.

The manner in which relief is granted by the UK depends on the facts and circumstances of the particular case. Relief may be granted either by deduction against UK profits or by tax credit. Following agreement between the Competent Authorities, the UK taxpayer will usually be invited to submit revised computations reflecting the agreed relief.

The UK does not accept that it is permissible for a taxpayer to make, unilaterally, an adjustment through its accounts and tax return to obtain corresponding relief for an adjustment which reduces its UK tax liability either when self-assessing or in response to an adjustment imposed by another jurisdiction. The only avenue to relief is presentation of a case involving MAP. 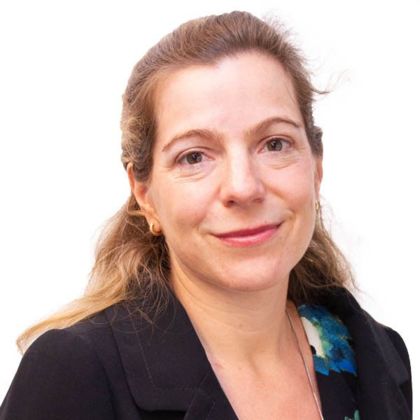