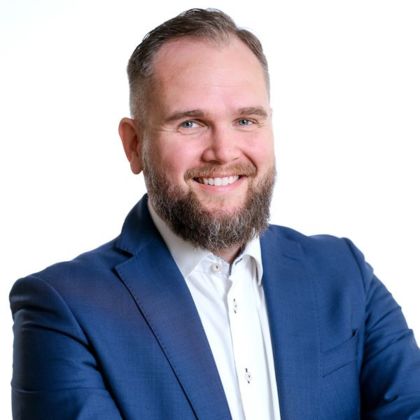 Kenneth mainly works within the energy sector, with a particular focus on contract law and M&A.

Kenneth joined CMS Kluge in January 2013, and has worked on several major Oil & Gas licence transactions. In 2016, he also had a key role in a major wind power transaction.

He has also provided legal advice to a number of different companies within the sector, including oil companies, district heating companies, grid companies and offshore suppliers. His focus has especially been on contract law advice, in particular within gas sales and transportation agreements, and other types of downstream agreements.

END_OF_DOCUMENT_TOKEN_TO_BE_REPLACED

Kenneth Høgevold is recommended by Legal 500 within Electricity and renewable energy.

I have worked with Kenneth Høgevold. He has shown a quick grasp of complex issues, how they might be linked to other possible issues and is able to see the whole picture. He works independently and is able to propose solutions with good reasoning for meetings with the counter party. I especially appreciate his willingness to be available for a phone call at any time and to get the work done, no matter how late at night or how difficult the counter party is.
Legal 500, testimonials, 2022