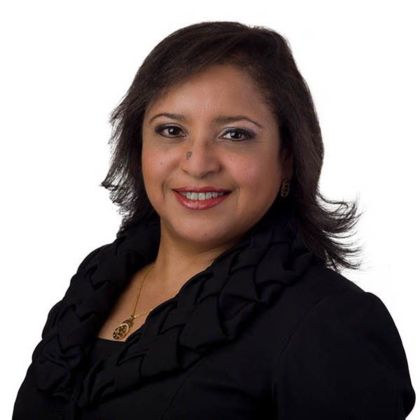 Liliana Pautrat has a long trajectory in the mining sector since 1986, which has allowed her to accumulate experience in the diagnosis and development of important mining projects of domestic and foreign companies in regulatory and environmental matters She has been recognized by Chambers Global (2015 - 2016) and Chambers Latin America (2015, 2016 and 2017) as Individual Leading in Energy & Natural Resources: Mining.

Liliana joined CMS Grau in 2008 and is a Partner since 2017. Prior to CMS she was President and Member of the Mining Council of the Ministry of Energy and Mines (1999 to 2004). She was also General Director of the Mining Concessions and Registries Office of Lima (1997 to 1999) and General Director of Legal Advice (1993 to 1997) of the Public Registry of Mining (now INGEMMET) and President of the National Institute of Mining Law, Petroleum and Energy (INDEMIPE), among others.

During her professional development, she has advised the Supervisory Agency for Energy and Mining Investment (OSINERGMIN) Board of Directors in matters of environmental control and mining security. She was also a Registrant of the Mining Rights Registers; Contracts and Mining Pledge; Legal Entities and Mandates. She was a member of the Mineral Registration Area of ​​the National Superintendence of Public Registries´ Advisory Commissions, the Mining and Environmental and Natural Resources Laws of the Lima Bar Association as well as a member of the Consultative Committee of the Mining Public Registry.

Advises on complex issues related to the execution of exploration, exploitation, profit and mining activities, in the pre-operative, constructive and project closing stages. Liliana complements her legal practice with a technical, operational, multidisciplinary and cross-cutting issues understanding, which enables the planning and obtaining of qualification certificates and environmental certifications, as well as accreditation of compliance.

Since 2014 she is Professor of the Pre-Degree Course "MINING, OIL AND GAS LAW" of the Faculty of Mining, Oil and Gas Law at the Peruvian University of Applied Sciences (UPC) - Laureate International Universities. Participates in the Mining Legal Committee, Environmental Committee and Water Committee of the National Society of Mining, Petroleum and Energy (SNMPE).