Russia has a very active domestic market, and the majority of the top 20 deals are investments by local financial groups and corporates. 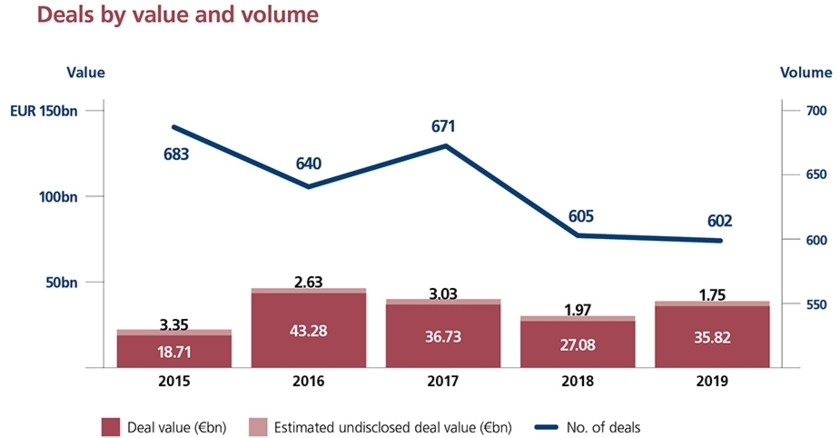