Health and Wealth in Later Life

Both for Current Retirees and Generation X+, aspirations focus on meeting basic needs and indicate the enduring importance of home and family: 75% of Current Retirees said that ensuring they can meet their day-to-day expenses was an aspiration, followed by 65% who cited the aspiration of remaining in their own home – suggesting that their predominant focus is a hope to remain self-sufficient. The next generation of retirees (Generation X+) cited the same goals, albeit less ardently, at 69% and 54% respectively.

To explore further in depth analysis of differences between Current Retirees and the Generation X+ including an assessment of the long-term care needs of future retirees and the market for Long-Term Care Insurance (LTCI), for further details about our findings please download Our Future Financial Lives report. 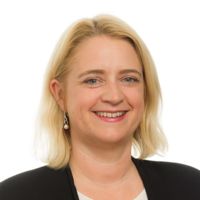