Fortenova: Saved from disaster, this giant conglomerate can be a catalyst for change

Fortenova is one the largest companies in emerging Europe and was created in 2019 after the near collapse of Agrokor, the agriculture and consumer product conglomerate, posed a threat to the Croatian economy. In its heyday, Agrokor employed nearly 60,000 people and had an annual turnover of more than EUR 6bn. In the restructuring that led to its rebranding as Fortenova, it was saved by its current shareholders of which Sberbank is the largest. Jelena Nushol Fijačko, CMS partner in Zagreb, assesses progress at the company and its prospects for the future.

How serious a threat to the Croatian economy was the Agrokor crisis?

It was traumatic, not just for Croatia but also for the regional economy. Agrokor was a huge employer in food, agriculture and retailing, and a big player in a variety of industries, but it had become over-indebted and was on the verge of bankruptcy.

At one stage, its revenues were equivalent to 15% of Croatia’s GDP. It was of such systemic importance there was a real fear that its failure would result in economic instability because so many suppliers relied on it. Croatian law was not equipped to deal with such a complex process and there was a danger its collapse would result in lengthy and complicated bankruptcy proceedings with disastrous consequences.

How was the business saved?

The government needed to save and restructure the company, so it decided simple amendments to existing law would not be enough: it required an entirely new act. Officially, it is called the Act on Extraordinary Administration Proceedings in Companies of Systemic Importance for the Republic of Croatia, but everyone calls it the Agrokor Act. Although it wasn’t written solely for Agrokor, there are very few businesses to which it could apply.

It was successful in preventing Agrokor’s collapse and it allowed the ownership structure to be changed to safeguard creditors and enable the creation of Fortenova in April 2019 with a new management team.

Yes, formally and legally Fortenova has been stabilised. There are still some left-over issues from the restructuring that need to be addressed, but the procedure is largely complete. The latest figures from Fortenova have not been bad given COVID-19 and the impact it has had on the economy.

There was a fall in revenues of around 7% in the first half of 2020, but that is only to be expected in the current market circumstances, while the liquidity position was relatively good.

Does Fortenova still play a significant role in the regional economy?

Most definitely. It is still a huge business with more than 50,000 employees. In its core areas of agriculture, food and retail, it has some of the best-known brands and businesses in its markets, in Croatia, Slovenia, Serbia, Bosnia & Herzegovina and Montenegro. Its brands include Ledo and Frikom ice-cream, retailers Konzum and Mercator, wholesaler Velpro, Jamnica mineral water, Gaj sparkling wines and Zvijezda edible oils. In agriculture, its businesses include Agrolaguna, Belje and Vupik.

Do the current shareholders have a clear strategy for the future?

As the new shareholders, the creditors have turned their attention to how to get their money out. Fortenova is effectively a vehicle for unwinding their positions. After all, their role was to provide finance, not to be long-term investors. The process of disposals has begun, and over time we are likely to see Fortenova disappear, unless a single buyer emerges. This does not seem likely.

We have already seen the sale of some non-core businesses and non-operating assets which will help its liquidity. For example, it has largely completed its exit from tourism through disposals such as the sale of Kompas, a tour operator in the Adriatic region, to Springwater Capital, and Karisma Hotels Adriatic to TUI. More disposals are in the pipeline.

What about large disposals?

The focus has been on smaller deals because they can be done relatively quickly, but the first of the core businesses to be put up for auction is ice-cream and frozen foods including Ledo and Frikom. Selected bidders were invited to carry out due diligences in 2020 and it is thought to have attracted interest from global consumer product companies and private equity funds. It is possible a deal could be signed in the first quarter of 2021 with closing in the second quarter of 2021. It would be one of the largest deals in Croatia.

On the other hand, we may also see Fortenova make additional investments where it can add value to the existing business. For example, Fortenova has purchased a dairy business in Osijek from German dairy company Meggle, which looks like a good fit with Belje, and over time it should make it more attractive to potential buyers.

Has the rescue of the company helped confidence in Croatia?

The Agrokor Act did its job. It saved the company and provided protection to creditors, which in turn has restored the faith and trust of investors in Croatia. It was a huge achievement, although it was an exhausting and painful process.

It has been an important lesson for us all and it has been a catalyst for change. It has helped to improve corporate governance and given a certain level of confidence that Croatia is a country worth investing in. International investors are more knowledgeable than in the past and we are seeing private equity firms investing more in Croatia or entering for the first time. That is partly because the Agrokor affair has increased Croatia’s visibility.

What is the outlook for Fortenova?

The business has been stabilised and it has changed the perceptions of Croatia as a place to do business. Fortenova will be a big part of the M&A picture in Croatia and the region in 2021. Non-core disposals will continue and there are some jewels in the group that will attract attention from international investors.

One of the big issues now is how quickly the sales process will move forward because that would be a big step for the country and the economy. 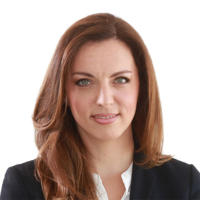