Here’s a selection of our energy sector credentials in France:

Voltalia - Advising the company in regulatory issues for various projects listed on the mission of the French Energy Regulator in Guyana, such as Maripasoula and Saut-Maman Valentin (run-of river hydro projects), Biomasse de Kourou (biomass plant)

Jet (ConocPhillips Group) - Assistance on a litigation before the Appeal Court of Paris between the group, companies from EXXON Group, SHELL Group and BP Group, SPSE, and Fluxel (alleged sudden break of established business relationships, related to the access to a pipeline)

WPO - Regulatory advice on an energy production data project certified by WPO’s blockchain: the company will issue production certificates (named GoCerts) that will offer a secure and irrefutable traceability of the green energy produced. On the market, the property of GoCerts can be transferred via "smart contracts" until their activation. When activated, they will allow their ultimate owner to claim a positive contribution to the development of energy production from renewable sources.

BNP Paribas - Assisting this major bank in the structuring of the financing of four wind power projects with a combined capacity of 56.7 MW, built and operated in France by ENGIE Green (a subsidiary of the ENGIE Group), which truns more than 1,400 MW of wind power and 900 MWp of solar power in France

Européenne de Biomasse - Legal advice on the development of a biomass project in Eastern France: analysis of the administrative situation of the sites, the regulatory issues, and the drafting of all the contracts

GRT Gaz - Regular assistance of this leading European operator in natural gas transmission on several construction projects (such as for sensitive gas infrastructures); on litigations (before French commercial courts, as well as an Italian one). 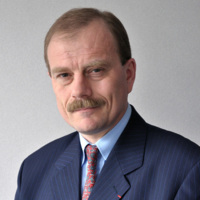