Here’s a selection of our energy sector credentials in Slovakia:

Publicly listed Chinese stock corporation, on its intended acquisition of Silbitz Beteiligungs GmbH and its subsidiaries from DBAG Fund, including conducting a due diligence. Sinojit is principally engaged in research, development, manufacture and distribution of wind turbine parts, and primarily provides wind turbine wheel hubs, bases, girders, bearing seats and other wind power casting products. Sinojit is listed on the Shanghai Stock Exchange. The Silbitz Group operates three foundries, which each have their own product range. At its production site in Košice (Slovakia), the company uses a range of processes to cast various materials, making highly customised products.

AXPO in relation to an agreement to deliver electricity to Slovalco, a.s.

An international private joint-stock company active predominantly in the energy sector, on due diligence and advisory regarding refinance of construction works on 7 Hydro plants.

A Slovak energy group on due diligence and advisory  regarding refinance of 7 Hydro plant.

GE Packaged Power in a dispute with their commercial partner and Slovak company Istroenergo Group and with Citibank (branch Slovakia) over unlawful drawdowns on GE performance bonds in relation to a construction project in Malaysia.

A Polish electric power distribution company on liquidation and a cross-border merger.

Enery, a newly formed Austrian investment fund, on the acquisition of a solar power portfolio across the Czech Republic and Slovakia. The seller was Green Horizon Renewables (GHR), and this has been one of the most significant recent acquisitions in the renewable energy space in the region. It involved 6 plants in the Czech Republic and 2 in Slovakia. Two Slovak plants have 4.1 MWp and were acquired by GHR in 2016.

An Austrian energy company on the acquisition of a Slovak holding company which operates through its SPV-subsidiaries photovoltaic parks in Hungary with a power capacity of over 70 MW. This is one of the highlight projects in the renewable energy sector in CEE. In addition to advice on the transactional documentation, we performed a due diligence of the target company.

An Austrian wind and energy company on the legal framework for securing land for development of wind farms in Slovakia. 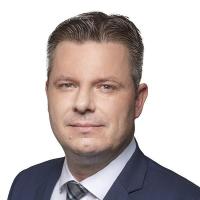 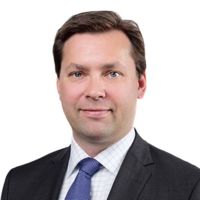