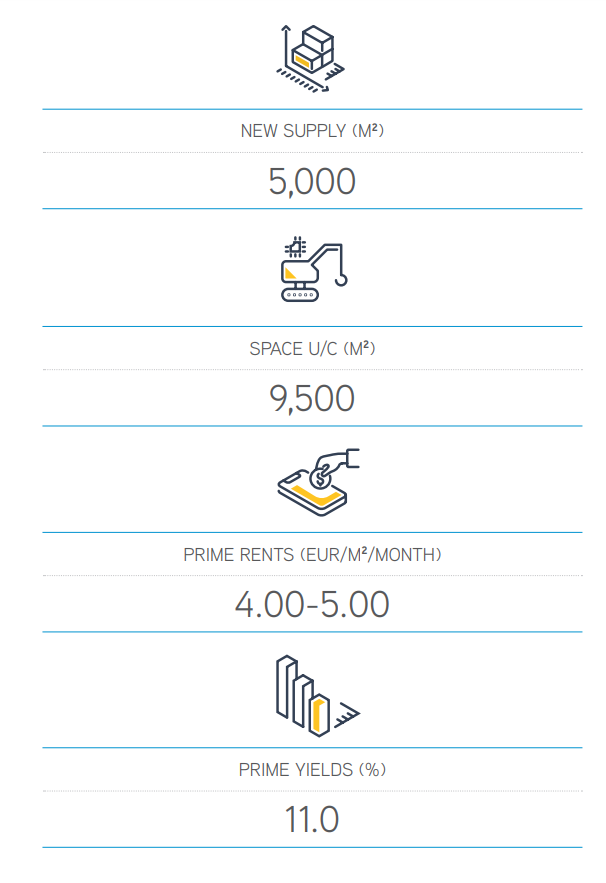 The industrial and logistics sector in Bosnia and Herzegovina, although the largest in terms of newly constructed premises, is the least active CRE sector, mostly due to properties being owner constructed and occupied.

The main industrial regions include the capital city – Sarajevo, as well as Mostar, Zenica, Banja Luka, Tuzla and Jajce. Infrastructural investment is crucial to the overall development in this sector. Especially critical is the A1 highway connecting the capital and the major cities of Mostar and Zenica with the northern and southern border of the country. 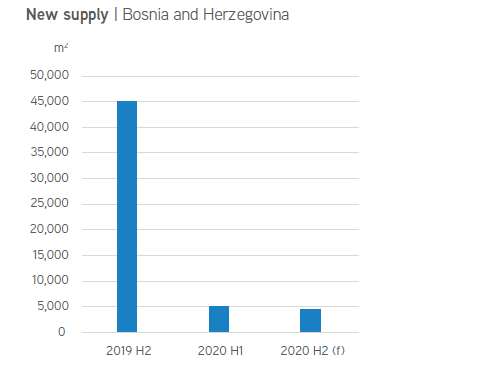 Recently the I&L market in Bosnia and Herzegovina has witnessed growth in its development pipeline due to increased investments in the industrial sector, in particular manufacturing, energy and steel. During the past 12 months, ca. 50,000 m2 of new modern industrial space was delivered, with a further 9,500 m2 currently under construction.

Demand for industrial and logistic space is comes from both domestic and foreign companies, which invest mostly in production and manufacturing facilities and less in dedicated logistics properties.

Most investments are allocated towards build-to-suit manufacturing facilities in the automobile, furniture, textile and related industries.

There is still a large supply of distressed assets, some dating back to the former state era, which are now being privatised and sold off. However, outstanding cadastral and legal issues prolong both the development and sale processes.

Demand might also be dampened by the decrease of industrial production in 2019, specifically caused by a decrease in manufacturing.

Due to the slowdown of industrial production during 2019, domestic investments in the sector might also be lower than in previous years.