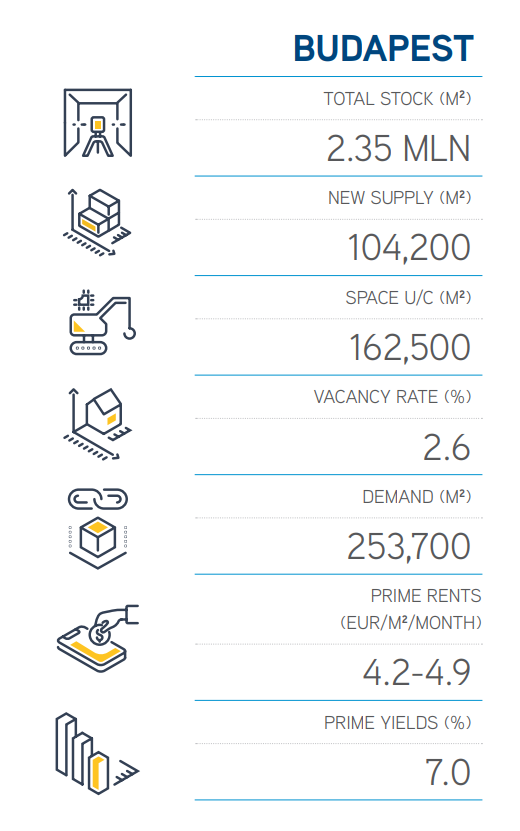 Previously, despite the usually high purchase price, acquiring existing properties is rather preferred instead of preparing new developments, due to the high construction cost and the longer construction period, both in Budapest and in regional locations. However, as the options for existing buildings available for sale become quite limited and the construction cost become more reasonable, currently the pipeline of speculative developments around Budapest is building up quickly. We forecast that in 12-16 months, these new developments can provide a decent selection for the companies, who want to find new logistics/production buildings around Budapest, even if 34% of the expected new buildings have been already preleased. The ratio of modern warehouses built for lease outside of the Budapest I&L market is only around 20%. There is no constant location-concentrated demand, however the route of the M1 highway can be considered as the secondary sub-region after Budapest.

In the major countryside submarkets large-scale industrial parks comprising several buildings, that are developed/operated by an international developer, are still not typical. Local and regional developers dominate the market with 1-1 buildings (stand-alone units/buildings, that are not a part of a larger industrial park) or potentially with a BTS development. The more rural areas tend to be attractive for end-user companies related to manufacturing/assembling activities. A significant proportion of the regional properties are leased long-term, typically older manufacturing halls, while the majority of newer stock is owner-occupied property. 22% of the portfolio of the main 20 active developers/investors of Budapest is in the Hungarian regions, usually includes B Class buildings. 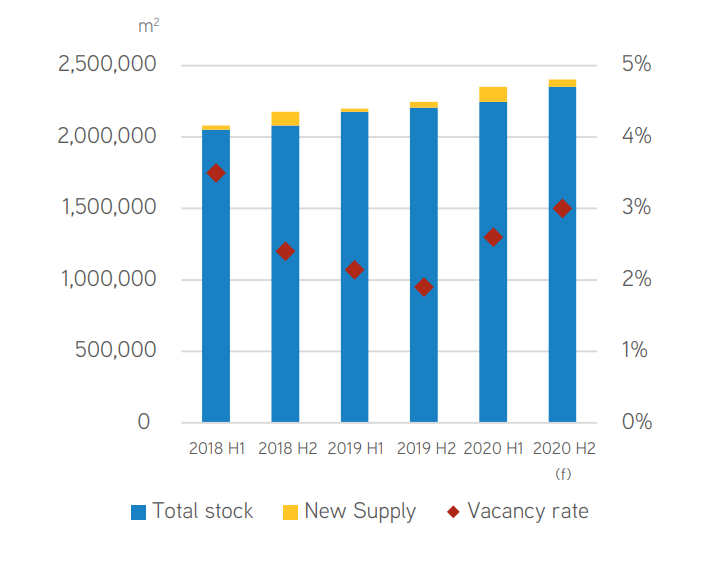 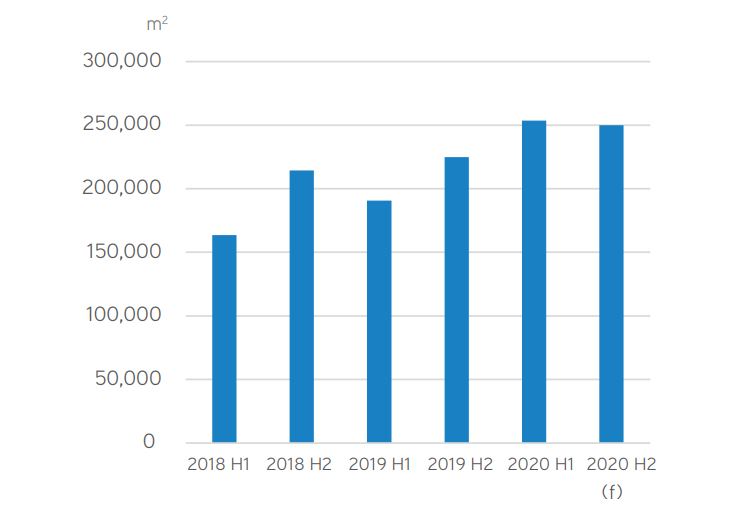 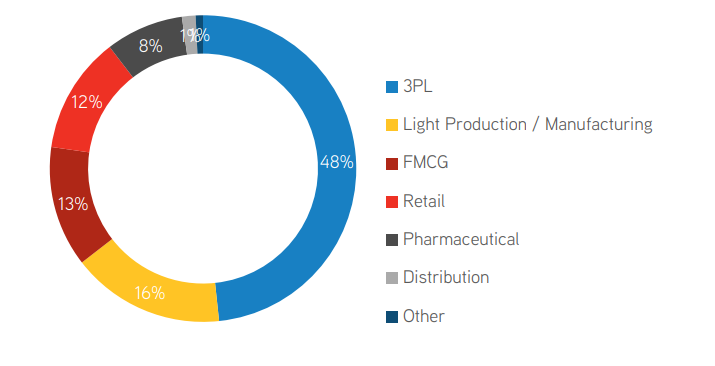 Tenants’ activity, including renewals, observed in Budapest in the first half of the year reached 253,700 m2 . This is an upward trend and is the highest half yearly level since the beginning of 2018. In the leasing structure, new agreements and renegotiations dominated and each constituted 39%. A significant proportion of the demand was related to the 3PL (48%), light production/manufacturing (16%) and FMCG (13%) sectors.

Lease agreements by type in Budapest in H1 2020 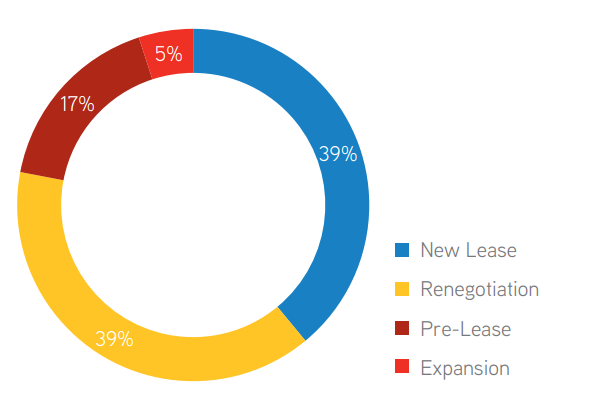 It is expected that by the end of 2020, ca. 53,000 m2 out of the 162,500 m2 currently under construction, will be delivered to the Budapest market. As a result, the vacancy rate could increase slightly to 3.0%. In the second half of the year, tenants’ activity is expected to remain similar to last year, with a transaction volume, excluding renewal transactions, being estimated at ca. 200,000 m2. 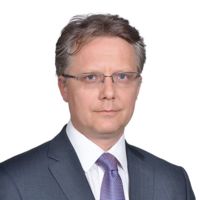 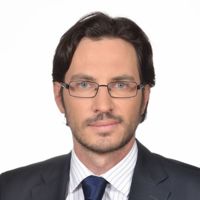