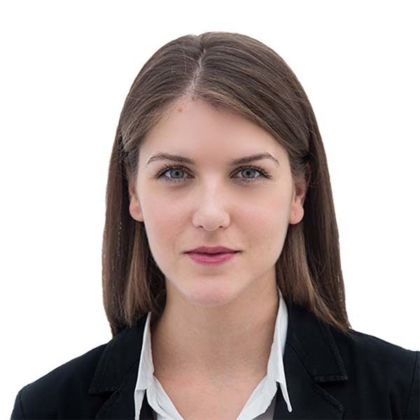 Milica Tomić joined the CMS Belgrade team in October 2018 after finishing her master’s studies. Prior to that, she had completed an internship at a Paris-based law firm. During and after her studies, she took several courses in the fields of corporate law, international law and European Union law and attended summer schools as well as various conferences. As a member of the University of Belgrade’s Faculty of Law team, she took part in the Big Deal competition, a simulation of an M&A transaction. She also participated in one of the most prominent competitions in the field of international commercial law and arbitration, the Willem C. Vis International Commercial Arbitration Moot. She obtained a master’s degree in Economic Law of the European Union from the University Paris 1 Panthéon-Sorbonne, Faculty of Law, in 2017. She completed a further master’s programme in European Integration at the University of Belgrade, Faculty of Law, and the Université de Lorraine, European University Centre, in 2018.

END_OF_DOCUMENT_TOKEN_TO_BE_REPLACED

CMS strengthens its lead­er­ship team in CEE
Ser­bia: Ar­bit­ra­tion – Jus­ti­fied Fear of Cost or Un­jus­ti­fied Lack of Un­der­stand­ing of Cost?
Show all
Find out how we can help you with your ESG needs