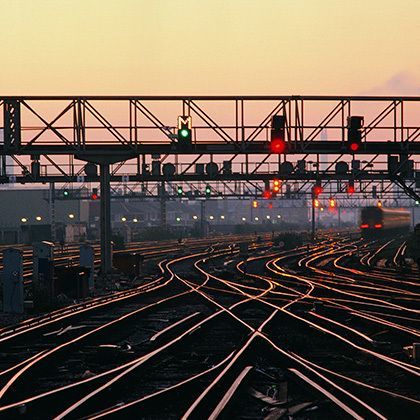 As a sponsor, lender or public sector organisation, you require legal advisors who can help you to successfully handle complex infrastructure transactions and projects in time. Whether you are involved in projects related to health, education, waste & water, energy, defence, leisure, custodial & justice, IT/telecoms, public buildings, ports, rail, roads or aviation, you will get the legal advice you need from us. With over 200 lawyers working in this sector, we can support you in virtually any industry sector and any part of the world including Europe, the Middle East, Africa, Asia and the Americas.

We have delivered numerous deals in the infrastructure sector with a combined value of many billions of euros, advising on public private partnerships, energy and renewables projects, including the largest offshore wind farms in Europe, infrastructure and utilities investments. If complex project financing is an issue, CMS is the right choice to facilitate solutions between sponsors, lenders and the capital markets. We have done so for international finance institutions such as EIB, EBRD or World Bank and for the most reputable commercial banks.

If you are an investor selling or buying an interest in a concession, a utility business or a PPP deal or if you bid for a contract, you need expert guidance through the complex bidding process. CMS has available experts in applicable national laws on concessions and public procurement. Finally you may want your advisor to help you avoid pitfalls of tax law or public accounting.

Our lawyers have expertise across these sectors, ensuring quick deal completions on terms that make your risks manageable, obey your internal processes and optimise your returns. And if you are facing a potential dispute, we have the experts to support you through dispute resolution procedures or litigation action.

END_OF_DOCUMENT_TOKEN_TO_BE_REPLACED

11
May
The Future is Now: The New World of Work