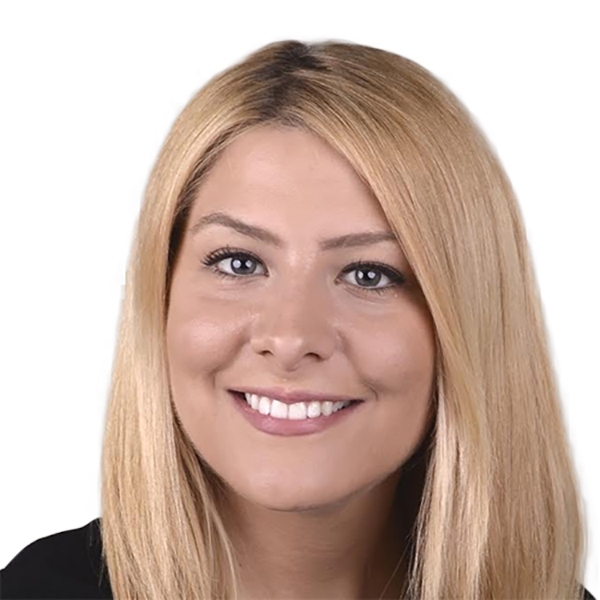 Ana Terzić joined CMS as an associate in 2014. She completed her legal studies at the University of Sarajevo in 2011 and received a Master’s degree in German and European Law and Legal Practice from the Humboldt University Berlin in 2012. She also studied Law at the University of Heidelberg and the University of Virginia School of Law. In 2015 she worked for a member of the German parliament who served on the Committee on Economic Affairs and Energy. Prior to joining CMS, she was a trainee lawyer in a notary office in Sarajevo and at the Representation of the European Commission in Germany. After completing the mandatory legal practice, she passed the bar exam in 2015.

Her main areas of focus include different aspects of corporate law and real estate, including, inter alia, advising foreign investors on the establishment of their business activities in Bosnia and Herzegovina, advising clients on the appointment and dismissal of the management, and advising clients on matters of enforcement.

Ana Terzić is fluent in Bosnian, Croatian, Serbian, German (she is a certified court interpreter), and English and has advanced knowledge of French.

END_OF_DOCUMENT_TOKEN_TO_BE_REPLACED

Show only
.
CEE Leg­al Mat­ters Deal of the Year Awards for CMS Ser­bia and CMS Bos­nia-Herzegov­ina
We are proud to an­nounce that CMS Ser­bia and CMS Bos­nia-Herzegov­ina ad­vised on two trans­ac­tions in 2018 which were se­lec­ted as the win­ning deals at the CEE Leg­al Mat­ters award ce­re­mony in Bud­apest on...
News Corporate/M&A
CMS Ex­pert Guide to re­struc­tur­ing and in­solv­ency law
Re­struc­tur­ings, es­pe­cially those in­volving mul­tiple jur­is­dic­tions, are in­vari­ably com­plex mat­ters. This CMS Ex­pert Guide provides an over­view of the vari­ous re­struc­tur­ing pos­sib­il­it­ies avail­able in a...
Expert Guide Banking & Finance
Comparable
What to do with leases dur­ing COV­ID-19 meas­ures?
Gov­ern­ments at mul­tiple levels in BiH have de­clared state of emer­gency. This situ­ation has led to many re­stric­tions ad­op­ted in or­der to pre­vent COV­ID-19 im­pacts. Con­sequently, many busi­nesses are af­fected...
Law-Now Coronavirus (COVID-19)
CMS Guide for Re­tail­ers
You have in your hands a com­pre­hens­ive guide for re­tail­ers wish­ing to ex­pand in the CEE Re­gion. If you are won­der­ing how to set up your re­tail busi­ness any­where in CEE, or how to man­age your space or...
Guide
Ten things every in­surer should know
Alex Denslow, CMS Lon­don: “De­lighted to launch the 3rd ed. of “10 Things Every In­surer Should Know”, in which we com­pare 10 key in­sur­ance is­sues across 29 jur­is­dic­tions where the CMS In­sur­ance Sec­tor...
Guide
Load more articles