Here’s a selection of our energy sector credentials in Brazil:

PetroRio in the financed acquisition of an 80% operated interest in the Tubarão Martelo a mature offshore oil field and the associated oil production platform (FPSO).

CCB Leasing on the purchase and lease-back of a floating regasification facility (FSRU) for use in Brazil’s first independent LNG to power project.

Eneva in the drafting and negotiation of coal purchase contracts for its thermal power projects in Brazil.

Shearwater GeoServices on the acquisition of the marine seismic acquisition assets and operations of WesternGeco, the geophysical services product line of Schlumberger, including Brazilian intellectual property matters, due diligence and completion steps.

Brazilian Contractor on contractual disputes relating to the development of the Angra III nuclear power station, including an international arbitration with a sub-supplier.

ICBC Financial Leasing on contracts for its semi-submersible drilling rigs in Brazil, including a proposed bareboat charter, rig management contracts and arrangements relating to de-mobilisation from Brazil.

Vale International on contracts relating to the delivery of iron ore to a major steel mill customer in China.

Brazilian Oil Company in relation to a series of contractual disputes regarding the charter and operation of a floating oil production platform (FPSO) at a mature oilfield offshore Brazil. 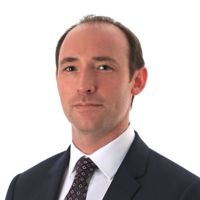