Here’s a selection of our energy sector credentials in Bulgaria:

Major oil & gas companies on the successful exploration activities for the “Han Asparuh” block offshore Bulgaria since 2010 and continue to provide ongoing legal advice to all aspects of the development of the project.

A global developer, investor and operator of power generation on the successful sale of the Karadzhalovo Photovoltaic Plant – the largest renewable energy transaction in Bulgaria to date. Following an international tender led by Raiffeisen Investment, Enery acquired the asset, thus completing the largest renewable energy deal in Bulgaria to date. CMS advised ACWA Power back in 2012 on the successful acquisition of the largest Photovoltaic producer in Bulgaria – 60 MWp Karadzhalovo plant from SunEdison, as the project was under construction. It was financed and successfully operated for 7 years.

A major European energy company on all of the legal aspects related to the successful bid and issuance of a permit for prospecting and exploration of Block 1-25 Vratsa West, the biggest onshore block in Bulgaria and in the EU  nowadays. It covers a vast territory in North-Western Bulgaria and provides a great platform for potential discoveries. CMS was the exclusive legal advisor to the client on various regulatory, corporate and tax matters during the last year and a half and assisted them with obtaining the permit issued.

A Chinese state-owned, publicly traded, multinational engineering and construction company, engaged in the design, construction, and operation of infrastructure assets, including highways, bridges, tunnels, railways, subways, airports, and marine ports, on structuring and winning a public procurement contract for the Bulgarian railways. The contract was for the modernisation of the Elin Pelin-Kostenets Railroad Section project.

A British-Dutch multinational oil and gas company on the Han Kubrat block offshore Bulgaria, a major oil & gas exploration project.  CMS Sofia has been assisting the client in its participation in the bid round for winning the exploration license, in the negotiations with the State on the exploration agreement, we provided oil and gas licensing and mining law advice, environmental permitting advice as well as advice on HSE, CSR and employment matters. We advised on Public Private Partnership matters for a number of local projects.  CMS Sofia also provided local corporate and tax assistance.

A leading financial institution in Bulgaria on the financing of a hydropower acquisition by a French investor.

The Bulgarian subsidiary of an Austrian-based producer and transporter of electricity, one of the largest in Europe on the execution of public procurement proceedings regarding electricity and excavation works on the whole license territory of the client, including acting as a representative of the client before the Bulgarian Public Procurement Regulator, elaboration and amendments of PP documentation.

The Bulgarian subsidiary of an Austrian-based producer and transporter of electricity, one of the largest in Europe on general public procurement matters and on the implementation of a public procurement proceeding regarding delivery, installation and putting into operation of two water heating systems, including acting as a representative of the client regarding part of the public procurement works before the Bulgarian Public Procurement Regulator, elaboration and amendments of PP documentation.

A leader in the recycling of scrap steel, iron, and metals in Europe on the sale of its Bulgarian subsidiary, by means of a share deal, including the sale of its property near Sofia. We are advising the client with reference to the SPA and the securities on the property. 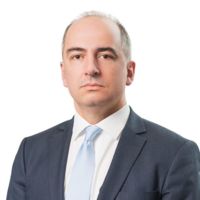 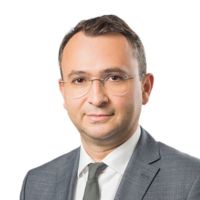