Here’s a selection of our energy sector credentials in Peru:

Enagás in its role as technical operator of Transportadora de Gas del Perú; and with the legal disputes that have followed the termination of the Concession of the Gasoducto Sur Peruano.

BP Exploration Operating Company Limited on their qualification as Oil Contractor, the negotiation and execution of six (6) Technical Evaluation Agreements with Perupetro S.A.

Repsol in the acquisition of all the Puma Energy (Trafigura Group) branded petrol stations in Peru, consolidating as the fourth largest operator in Peru.

Petróleos del Perú – PETROPERÚ S.A. on the negotiation with Perupetro S.A. regarding the on-shore exploitation contract of Block 192 .

French Perenco, in regulatory and contractual matters from its Block 67, located in the Peruvian jungle including a long-term natural gasoline supply contract to dilute and increase its heavy crude production.

SCDM Energy (related to the French Bouygues Group) in all legal aspects related to the initiation of its business in Peru, including the acquisition of a participating interest in Block 108 from Pluspetrol.

Schlumberger in day-to-day regulatory, corporate, contractual, employment and tax matters for its participation as major subcontractor in several oil exploration and producing areas in Peru.

Baker Hughes, in regulatory, corporate, contractual, employment and tax matters for its participation as major subcontractor in several oil exploration and producing areas in Peru.

COGA, the operator of TGP and Peru LNG pipelines in many regulatory, contractual labour and tax matters. 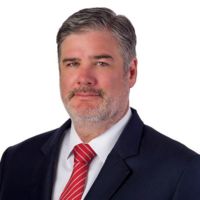