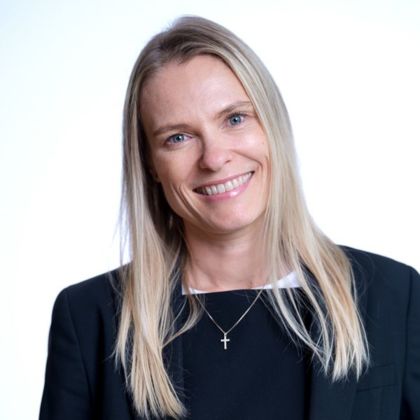 Ingebrigtsen started her career in 2002 as an assistant professor at the University of Bergen, Faculty of Law. During her time as an assistant professor she taught, for example, the subjects of contract law, health and social law, administrative law, public procurement, international law and human rights. After her time at the university, Ingebrigtsen became deputy judge and acting judge at Stavanger District Court, and she acquired broad experience in several fields. In addition to her work at the Stavanger District Court, Ingebrigtsen continued as an external examiner and lecturer, both side jobs that she still occupies s at the University of Bergen and University of Stavanger. Lately she has held lectures in the subjects of contract law, monetary claim law and ethics. Ingebrigtsen has received very good feedback on her lectures. Ingebrigtsen also undertakes annual external examiner assignments and supervisor assignments for law students in their master's theses.

Ingebrigtsen has during her years as a lawyer, gained experience from several assignments as a board member and she is currently Chairman of the Board of Peder Smedvig’s Scholarship and Fru Magnhild og Olaf Andresens legacy.

As a lawyer Ingebrigtsen has focused on litigation and has built up a wide and varied litigation experience before both the District Courts and the Courts of Appeal. She is thus involved in a large number of disputes every year, and regularly litigates cases before the courts. However, the number of decisions/rulings from the courts is not coinciding with the number of cases brought into the court system. This is due to the fact that a settlement often is reached, perhaps only days before trial, or during trial. These “late settlements” gives the lawyer valuable experience in fully preparing a case, and often also in playing a part in large portions of the main hearing. Despite the large number of settlements that is reached, Ingebrigtsen still litigates cases in their entirety before the courts several times a year. Ingebrigtsen has been given very good feedback in relation to her work before the courts from clients, judges and opposing counsel.

As a lawyer Ingebrigtsen has assisted clients in real estate acquisitions, management of public authorities, in development, lease and sale of commercial and residential property projects, and in general counseling and contract work. Ingebrigtsen also regularly assists major developers in connection with complaints from consumers and other buyers.

Ingebrigtsen has during the last ten years handled several major contract negotiations, both national and international, and has worked with various transactions. Her experience in construction law includes the drafting of construction agreements and follow-up of construction projects, as well as assistance in connection with disputes.

END_OF_DOCUMENT_TOKEN_TO_BE_REPLACED

Ingebrigtsen has for a number of years been a lecturer and examiner at the universities of Bergen and Stavanger, in recent years primarily for master degree students. Ingebrigtsen is also every year appointed as supervisor for master students in subjects within obligation- and property law.

Ingebrigtsen also holds courses on a regular basis both for clients and for the University of Stavanger, including i.a. courses on building regulations and ethics. Ingebrigtsen has in recent years been a regular lecturer on the subject “the drafting of writs and replies” at the Lawyers’ course – a course which is mandatory to obtain the license to practice law in Norway.