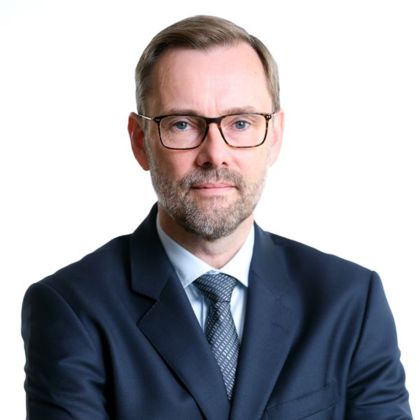 Olav Hasaas is head of CMS Kluge's department of Energy, Industry and Climate.

Hasaas is mainly working within energy sector, including oil and gas, oil services and renewable energy. He has more than 15 years’ experience from the Norwegian and international petroleum industry and has broad competence within energy law, energy related contracts and corporate/M&A. Hasaas is regularly advising large international companies in connection with acquisitions of energy related assets in Norway.

Hasaas has also experience from several large construction projects within the energy and infrastructure sector and regularly advices major oil companies and companies within the oil service industry.

END_OF_DOCUMENT_TOKEN_TO_BE_REPLACED

Olav Hasaas was recommended as one of Norway's leading lawyers in the oil and gas sector by Finansavisen in 2020 and 2021.

Hasaas is recognized by Legal 500 within Oil and gas, and has been recommended by Chambers Global for several years.

“Olav Hasaas is noted by the market for his expertise in transactions in the oil and gas sector, and he also specialises in offshore construction matters. One client advises: "He's a great lawyer to have in discussions; he has great knowledge of the business side of things,” and praises Hasaas's ability to prioritise the key issues: "He knows where to pick up the pressure; he doesn't waste time turning every stone over.” His recent work includes assisting 4Subsea with various issues relating to its oil service supplier contracts.”
Chambers Global, 2019

Olav Hasaas holds noteworthy experience in offshore construction projects, with one client remarking: ‘He is one of the go-to people when you have development contract matters.’ He also handles joint operation agreements and licence contracts, as well as being active in the M&A sphere.
Chambers Global, 2018