Italy
English
Select a jurisdiction
Select a language
Home / Publications / Spotlight on Sustainability I May 2021 - Consumer... / Sustainability and Competition Law
Table of contents

Over the last year, there has been increased interest and appetite from different market players and competition regulators in the interaction between sustainability and competition law. This has led to the development of commentary from different sources, and guidance papers from some of the more pro-active regulators. The movement is linked to the EU’s strong commitment to sustainability and to becoming the first climate-neutral continent in the world through the Commission’s ambitious European Green Deal.

A number of recurring questions are gaining attention in relation to calls for competition laws to support sustainability initiatives. On the one hand, some players propose that competition law holds back sustainability collaboration initiatives. On the other hand, some regulators have also highlighted that they have not been approached with concrete sustainability collaboration issues or proposals by industry. A concern raised by regulators is whether undertakings would really be more eco-friendly if competition rules were relaxed, or if leaving "green" developments to the devices of a more competitive market would lead to greener results in practice.

A central question is how to measure any perceived "efficiencies" versus anti-competitive effects. Another is whether there is really any need to establish a "safe harbour" for "sustainable" collaborative arrangements. Traditionally, competition law rules on collaboration look at the effects on the consumer in the relevant market (i.e. the consumer who purchased the product). This is to assess whether they have been fully compensated. However, sustainability benefits are more likely to translate into a combination of some direct benefit to the individual consumer, with other benefits being enjoyed by the wider society at large, or even by the future wider society at large. Aspects of sustainability arguments in relation to merger control and state aid are also gaining increased attention.

It is therefore a good time to take stock of where we are with the different initiatives and developments across Europe so far:

The Commission’s DG Competition recently looked more closely into sustainability and competition law. It is specifically recognised by EVP Vestager that as part of the European Green Deal "All of Europe’s policies – including competition policy – will have their role to play to get us there". EU Competition policy already supports the Green Deal objectives, but it has been recognised that as Europe’s ambitions shift "into a higher gear, we need to see if competition policy could do more". Accordingly, a number of consultations on existing competition legislation were launched over the last year, involving potential sustainability aspects. These included the revision of the framework for both horizontal and vertical agreements, and the revision of state aid rules.

Recently, DG Comp also actively addressed the topic of sustainability as a subject in its own right. To this end, it launched a detailed consultation in the second half of 2020, entitled "Competition Policy Supporting the Green Deal", and encouraged all interested stakeholders to contribute. This initiative provided an insightful set of questions looking for views on state aid, anticompetitive agreements and merger control (while excluding abuse of dominance). It published the 189 consultation responses received in January 2021.

DG Comp also hosted a half-day public webinar on the subject of Competition policy and the Green Deal in February 2021. This discussed a variety of issues including an opening address by EVP Vestager and a keynote speech by EVP Timmermans. It also hosted a number of different panels looking at political ambition; innovation, green growth and the competition rules; and what the current antitrust, merger control, and state aid rules do deliver, and what they don’t.

An undertaking was made for the three next important follow up steps in DG Comp’s sustainability journey. The first is a public report on the input from the sustainability consultation process and debate, promised before the summer of 2021. The second is to feed into the ongoing legislative reviews. Last but not least, the third is the opportunity to request sustainability guidance through guidance letters, or Article 10 (Reg 1/2003) decisions.

At the moment, major changes to the EU legal framework seem unlikely. In his closing remarks for the webinar, Head of DG Competition Olivier Guersent hinted at green adjustments and clarifications to reflect sustainability objectives, rather than a relaxation of competition rules. Clarifications will especially concern co-operation and information sharing. It is clear that we are not yet at the stage of committed specific EU guidelines on sustainability, and that there is still an important choice to be made in the path to take. However, DG Comp has clearly illustrated its seriousness and commitment to undertaking a detailed and thorough evaluation of how to proceed.

The road to sustainability is paved with good intentions in the Netherlands. In the recent past, the Dutch Authority for Consumers and Markets ("ACM") had been accused of blocking sustainability initiatives due to an old-fashioned and overly rigid approach to competition law. It had notably considered that the cartel prohibition prevented cross-sector cooperation regarding the selling of chicken meat produced under enhanced animal welfare-friendly conditions (Chicken of Tomorrow) and prevented collaboration in closing down polluting coal power plants. This experience might have induced the Dutch competition authority to play an innovative role in the European debate on sustainability and competition law.

In the summer of 2020, the ACM launched a consultation for revised guidelines on sustainability, intended to replace its 2014 Vision document on Competition and Sustainability. This was quickly followed by another consultation on guidelines for (misleading) sustainability claims. Additionally, in September 2020, it published a study that "Today's chicken" is better off and its meat more sustainable, even without cross-sector collaboration agreements.

In the final draft, the ACM makes a clearer distinction between "environmental-damage" agreements and other "sustainability" agreements. Environmental-damage agreements concern the reduction of damage to society (not included in the price of production) and more efficient use of scarce natural resources. This includes environmental aspects like global warming and reduced biodiversity. Sustainability agreements are defined in the draft revised guidelines as being aimed at the identification, prevention, restriction or mitigation of the negative impact of economic activities on people, animals, the environment, or nature.

One of the most interesting concepts from a competition law perspective is the ACM's point of view that a different interpretation can be applied to the normal "efficiency claim" that users should be allowed a fair share of the benefits of an agreement. In contrast, the ACM states that it should be possible to consider the benefits of parties other than direct users, such as the greater public (e.g. in relation to the reduction of CO2-emissions).

Whether the final draft guidelines on sustainability will receive full support from the European Commission is still to be seen. Meanwhile, the ACM's guidelines for (misleading) sustainability claims was launched separately on 28 January 2021 and will serve as basis for enforcement by the ACM's consumer rights department.

In the UK, the Competition and Markets Authority ("CMA") has retained "climate change and supporting the transition to a low carbon economy" as one of its priorities for 2021/2022. However, the steps taken by the CMA to date have been limited. One area of focus has been consumer protection – the launching of a new programme of work at the end of 2020 to examine misleading environmental claims. The CMA has also launched a market study into electric vehicle charging, which will conclude by the end of 2021.

The CMA has been one of the few competition authorities to publish dedicated guidance on environmental sustainability agreements and competition law. However, this guidance only summarises the existing rules for self-assessing compliance with competition law, and does not attempt to tackle some of the more challenging questions in this area. The CMA has acknowledged that this guidance is an "interim step", which suggests it will likely take further steps in this area.

In its recently updated Merger Assessment Guidelines, the CMA has included environmental sustainability as a recognised possible relevant "customer benefit" (including to future customers) to be taken into account in the assessment of a merger. This is an interesting development, and one of the first "nods" towards sustainability merger arguments by competition regulators. The CMA confirmed that it is able to take into account a broader range of efficiencies and benefits from a merger as they apply to consumers and society more generally, including whether a merger may lead to a lower carbon footprint for the firm’s products.

Policy options on the application of competition laws to sustainability agreements are still open, with some national authorities (i.e. the Dutch ACM, but also the Greek HCC competition regulator) leading the way or at least giving the business and legal community (sustainable) food for thought.

As policy-making is increasingly supported at both the EU and national level by public consultations, there will be many opportunities for market players to voice their ideas or concerns about this future-facing issue. Do not miss the chance to let your voice be heard! 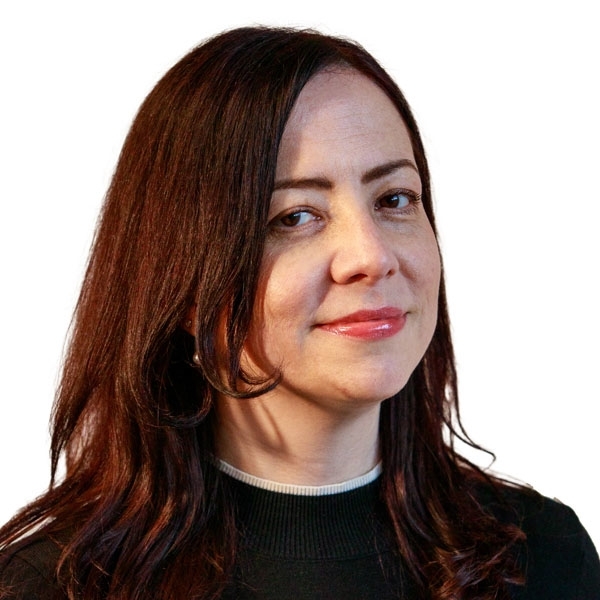