New EU rules on screening foreign direct investment have come into force, designed to preserve strategic interest while keeping the door open to overseas investors. Sellers, buyers and advisers in key sectors should be prepared for increased complexity in future transactions.

In response to globalisation, there has been a shift towards protectionism and efforts to safeguard economies against sales of strategically important businesses to foreign investors. The economic crisis caused by the pandemic has accelerated this trend, but new EU rules are in place to increase scrutiny of foreign investments to help address concerns about key sectors.

Since 11 October 2020, a new EU framework for screening foreign direct investment (FDI) has applied, following regulations introduced in April 2019. It marks a major change for EU members in Central and Eastern Europe.

Aleš Lunder, a CMS partner in Slovenia, said: “The framework is not an FDI regime in its own right but introduces cooperation and information sharing mechanisms to ensure the Commission and member states have the tools to coordinate when vetting FDI on the grounds of security or public order."

“Before the EU framework, among CEE countries only Poland and Hungary had limited FDI screening regulations in place. Austria, Croatia and Slovenia have also passed the relevant legislation recently, and draft laws implementing the FDI screening in the Czech Republic, Romania and Slovakia are still in the process of being adopted by the local parliaments but are expected to come into force shortly.”

While there is no absolute obligation to introduce FDI screening measures, any such measure or mechanism that exists must comply with the basic requirements of the framework. These include transparency, non-discrimination, setting out timeframes for the process, allowing for possible comments by the EC and other member states, and the possibility of appeals against national authority decisions.

Aleš Lunder said: “While the filing requirements differ to some extent across CEE, on a general level it means that any third-country investor intending to carry out a direct or indirect investment will likely have to notify the country’s relevant authority.”

Currently there are two exceptions: Slovenia and Croatia. There is no filing requirement in Croatia; instead, there is a request for information to be met from the newly formed National Contact Point. In Slovenia, contrary to the EU’s acquis communautaire, investors from other EU countries as well as foreign investors will also have a filing obligation.

A notification requirement can be triggered if a certain threshold of shareholding or voting rights is reached or exceeded (usually between 10% and 50%) or the buyer acquires control, has a decisive influence or essential assets of an undertaking in a relevant sector. In some countries there is an additional turnover threshold.

The list of the relevant sectors differs from country to country, but FDI screening applies to a wide range of strategic and sensitive sectors. Naturally, they include defence equipment, arms, ammunition and military technology. They also cover critical infrastructure such as power generation and distribution, water, food, transport, communication, digital infrastructure, media, data processing and storage and financial infrastructure.

The Covid-19 crisis has also highlighted the strategic importance of healthcare, particularly research and development in pharmaceuticals such as vaccines. However, scrutiny is not limited to physical assets; it also applies to access to sensitive information such as personal data and the ability to control such information, as well as the freedom and pluralism of media.

Apart from Croatia, the mentioned countries have mandatory filing requirement deadlines ranging from before signing the contract, public announcement and up to 15 days afterwards. Austrian and Slovenian authorities can initiate a screening procedure when they become aware of a transaction being subject to approval, and in Slovenia this applies for five years after the contract is executed.

Except for Slovenia, there is a standstill requirement in all countries. Penalties for failing to notify the investment and “gun jumping” include criminal sanctions and administrative fines. In Slovenia, the transaction can be annulled and in Romania in certain cases the transaction might be banned. The length of the assessment procedure varies widely, depending on the respective country’s procedures, and ranges from 30 to 120 days.

Aleš Lunder said: “Given the climate of trepidation across the EU, it remains to be seen whether the CEE member states will manage to strike the right balance between the economic benefits of an open investment environment and the legitimate aim to prohibit foreign investment due to concerns over security and public order.”

In practice, this means that affected transactions will take longer and transaction security will decrease. Both effects can be mitigated to some extent by considering, early in the transaction process, the likely impact of FDI screening and by developing possible remedies.

EU companies looking for new investors should carefully evaluate whether they are likely to be considered a sensitive business. If this is the case, potential investors should also be selected with a view to potential concerns from an FDI screening perspective. The Commission suggested in its paper that shareholdings with as little as 5% may be relevant cases for screening. For all those involved in M&A, the impact is likely to be far reaching, adding another layer of complexity to deals. 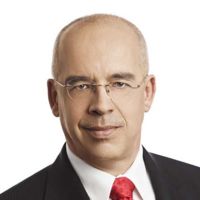