CMS Belgrade: Conference on the new PPA package in Serbia

CMS Belgrade as supported by the Commercial Section of the Austrian Embassy – Advantage Austria Belgrade, as well as the Austrian Embassy in Belgrade organized on 22nd September 2016 a convention on the topic of the new set of regulations of the Power Purchase Agreements (PPA) in Hyatt Regency Hotel with over 100 participants.

This set of regulations was adopted on 13 June 2016 in continuation of changes to which Serbia committed once the Treaty Establishing the Energy Community from 2006 was ratified. These changes were defined in the EU directives according to which the acceding and candidate countries need to increase the share of energy from renewable sources in total energy consumption up to 27% by 2020.. Accordingly, the June package is of paramount importance for all energy market participants in Serbia and in the region.

The conference was opened by the Austrian Ambassador Johannes Eigner, while the attendants were also greeted by Radivoje Petrikić, Managing Partner of CMS Belgrade, on behalf of the organizer. Three successive presentations considered various legal and financial aspects of the regulations adopted in connection with the power purchase followed by a round table discussion on the bankability and feasibility of energy projects in Serbia. The panel consisted of Željko Đurić (Vetroelektrane Balkana), Nicholas Ross-McCall (CMS UK), Tiziano Giovannetti (MK Fintel Wind), Louis Borgo (EBRD), Svetlana Cerović (UniCredit Bank Srbija) and Aleksandar Savić (Erste Bank), as well as the moderator – Đorđe Popović (CMS Belgrade).

Convention as networking platform for the energy branch

"This was an occasion for the representatives of companies generating energy from renewable and other sources to exchange opinions and identify the main issues and challenges in the application of these regulations with delegates of other energy market players, lawyers, main financiers, as well as other stakeholders and members of the public." said Radivoje Petrikić. All participants seem to be in agreement that this is a burning issue at this moment.

Tiziano Giovannetti emphasized that the investors always find themselves in a not so enviable position between banks and the state, whereas Louis Borgo argued that banks seek out investors who are not easily discouraged, as this business requires strong investors. Further notes were made by the representatives of commercial banks saying that the bankability of projects is not necessarily dependant on the off-taker's success in obtaining a bank guarantee. "Some general expectations of the banks and financiers need to be adjusted to the real needs of the projects, i.e. to the real guarantees a project can give, taking into account the current legislation. What we heard from the financiers was that the readiness was there," said CMS energy expert Đorđe Popović. Bank representatives agreed that to approve financing, it is very important to have a smooth and transparent construction and permitting process, as well as a proper creditworthiness review of the off-taker. In this respect, taking into account the complexity of renewable energy projects and their regulatory regime, it was jointly concluded that a proactive role of the Ministry of Mining and Energy and other authorities is essential for the renewable market development.

From the international perspective, the general impression is that the PPA mechanisms adopted Europe-wide are not all the same and that Serbia does not need to have a perfect set of regulations, but it needs a stable and predictable framework to govern these projects. Nicholas Ross-McCall further underlined the need to have the generator’s position assignable, pledgable and allowing for lenders’ step-in, and it was a joint perception of all panelists that this has been achieved in the newly adopted Serbian package. The EBRD representative is convinced of the positive movements in the region and definitely sees the adoption of this package as a change for the better. 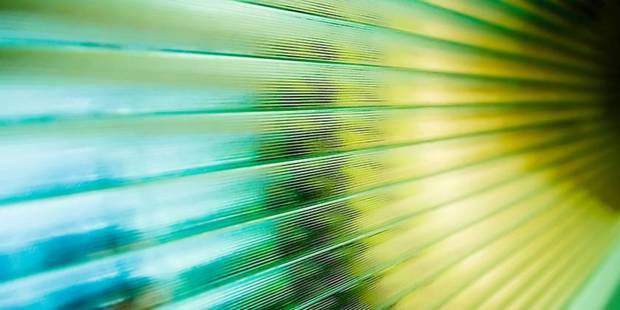