Are you a company operating in Austria or looking to do business abroad and are faced with a complex legal issue that cuts across national borders? CMS has 75 lawyers based in Vienna who are specialised in finding solutions for exactly these kinds of legal challenges.

Show Competition & EU
Back to menu Back to Expertise Compliance

Show Compliance
Back to menu Back to Expertise Consumer Products

Show Employment & Pensions
Back to menu Back to Expertise Energy

Show Energy
Back to menu Back to Expertise Funds

Show Infrastructure & Projects
Back to menu Back to Expertise Insolvency & Restructuring

Show Insolvency & Restructuring
Back to menu Back to Expertise Insurance

Show Private Clients
Back to menu Back to Expertise Private Equity

Show Private Equity
Back to menu Back to Expertise Public Law

Show Public Law
Back to menu Back to Expertise Public Procurement

Once a year JUVE, the professional journal for business law, scrutinises the legal advice industry. Yesterday evening the JUVE awards 2014 were announced. The award for “Austrian Law Firm of the Year” was conferred for only the second time. The representatives of the winner, CMS Reich-Rohrwig Hainz, were delighted with the distinction and accepted the trophy at the award ceremony, which was held at the Alte Oper in Frankfurt.

The JUVE awards are conferred based on extensive research on the different professional areas carried out by the magazine. CMS was nominated “Austrian Law Firm of the Year” together with four other law firms. This was due to the fact that in the course of their research, the journalists took special notice of the law firm’s particularly dynamic legal work and market position. Apart from the very good to excellent performance in certain areas of expertise, however, the fact that, more than any other law firm, CMS Reich-Rohrwig Hainz has considered factors of sustainability in forming its team proved decisive. JUVE especially emphasised the work of Managing Partner Peter Huber, saying that he succeeded in integrating promising newcomers into the team and helping young partners to develop into high-performing attorneys.

Active internationalisation as a model for success

Peter Huber on the JUVE Award 2014, “We are all very happy about this award, which is proof that we have embarked on the right path. Our strategy of being CMS’ door to CEE and SEE has succeeded and proved fruitful. Steering more than half of the 15 CMS offices in East and Southeast Europe from Vienna is a big responsibility, but it also highlights the important position that we occupy within CMS.” Intense cross-border cooperation and the important position within the CMS organisation probably also played a part in JUVE’s decision to name CMS Reich-Rohrwig Hainz “Austrian Law Firm of the Year.”

“The Vienna-based attorneys have taken to coordinating the work of offices in East and Southeast Europe on a regular basis, demonstrating their excellent work time and again”, JUVE commented on the firm’s successful corporate practice. Advising KKR on the multi-billion acquisition deal of SBB is only one example of many according to the jury.

A picture of the award ceremony is available for free download at http://awards.juve.de/awards-2014/sieger/kanzlei-des-jahres-oesterreich/ 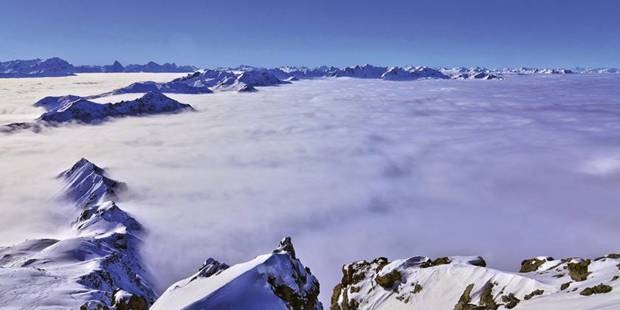 CMS Austria @CMSAUSTRIA
Lupl is designed for the usage by both law firms and legal departments alike, the platform will continue to operate…