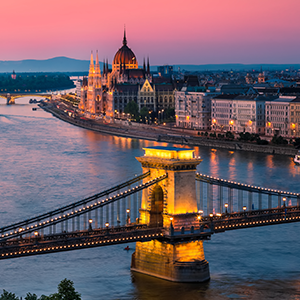 CMS’ Budapest office is located in the city centre. Having been active in Hungary since 1989, our award-winning team of around 70 lawyers advises national and international organisations on the full range of commercial law.

You can access unparalleled and specialist local knowledge combined with an international outlook and track record. The CMS Budapest office is a one-stop-shop for the biggest and most complex transactions in Hungary and in the region, including in-house translation services. Many of our lawyers have worked in-house and are familiar with the day-to-day challenges in-house legal departments face.

Speaking Hungarian, English, French and German, you can be assured of doing business in the language you feel comfortable with.

If you do business in Hungary, please reach out to us via our online contact form or give us a call.

END_OF_DOCUMENT_TOKEN_TO_BE_REPLACED

The Budapest office is located in the centre of Budapest.

The airport is located 22km from the city centre.

From 4:00 a.m. to 11:00 p.m. you can take bus number 200E, which runs between the airport and Kőbánya-Kispest metro terminal (metro line M3). From Kőbánya-Kispest metro terminal, take the metro line M3 towards Újpest Központ to reach the city center and Ferenciek tere underground station.
By taxi the journey takes approx. 30 minutes from the airport. It is strongly recommended not to hail a taxi in Hungary, and book an airport shuttle (e.g Főtaxi, City taxi) instead.