Here’s a selection of our energy sector credentials in Hungary:

Iberdrola - on all corporate and regulatory aspects of the acquisition of 25% ownership in Iberdrola Renowables Hungary from EBRD. The transaction was closed in June 2017.

A major international energy company - on the planned acquisition of 7 SPVs and PV projects in Hungary, which deal is one of the biggest photovoltaic acquisitions in the Hungarian market with a total capacity of 330 MW. Legal work includes drafting EPC and O&M contracts as well.

A major Renewable Energy company – on legal due dilgences services regarding the planned acquisition of a 20 MW PV project portfolio with green premium subsidy entitlement.

A leading international oil and gas company – on their core strategic projects such as advising on the next phase of its US$1.9bn (EUR 1.6 bn) Polyol Project, which aims to make the company the only integrated polyol producer in CEE.

A major international renewable energy company - on the planned acquisition of multiple SPVs and PV projects in several locations in Hungary, which deal is one of the biggest photovoltaic acquisitions in the Hungarian market. 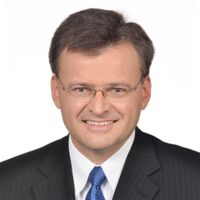