Attorney-at-Law for Banking and Finance 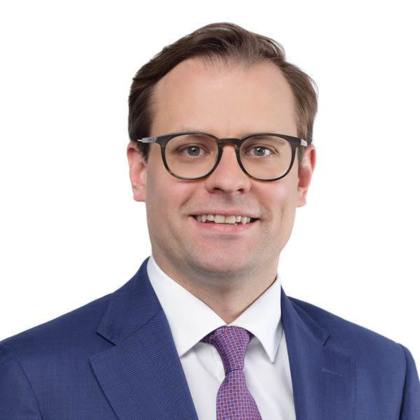 Attorney-at-Law for Banking and Finance

He has already gained extensive experience in advising some of the largest Austrian banks and other leading European financial institutions in financial transactions. He specialises in acquisitions and project financing as well as in the refinancing and restructuring of loans. His activities include both domestic and international projects with a focus on CEE.

Kai Ruckelshausen has been with CMS Reich-Rohrwig Hainz since 2013. He completed his law studies in 2012 at the University of Vienna. In 2017 he graduated from Columbia Law School in New York as Harlan Fiske Stone Scholar There sought to gain a deeper understanding of the interplay of law and finance and wrote his thesis under the supervision of a renowned professor in law and finance theory. Kai Ruckelshausen is also admitted to the bar in New York.

His secondment to Siemens and supporting start-ups during his studies provided him with further valuable insights into business operations. In New York, he helped start-ups with their legal issues as LL.M. Director of the Columbia Law and Entrepreneurship Society.

END_OF_DOCUMENT_TOKEN_TO_BE_REPLACED

Guide to Re­struc­tur­ing in CEE and Aus­tria
Loan Agree­ments in CEE/CIS: Force Ma­jeure and Pay­ment Morator­ia
Show all