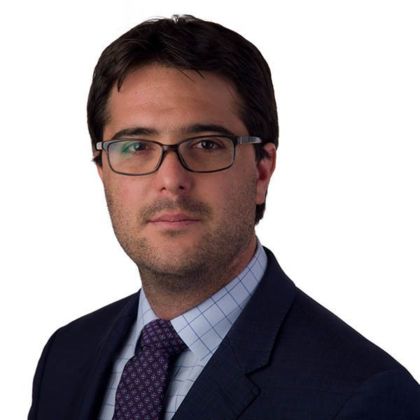 Miguel specializes in banking and finance, project finance, mergers and acquisitions, capital markets and corporate law. He has significant experience in the financing, sale and acquisition of projects relating to natural resources, mainly in the hydrocarbons, energy and mining sectors; and during the last years he has collaborated closely with the regulatory and environmental teams of these practice areas, which allows him to provide comprehensive advice on transactions and its operations.

Among the most important clients Miguel has advised are multilateral and development banks such as CAF, DEG, PROPARCO and FMO, having also counseled local and foreign financial institutions and investment funds such as Credicorp Capital, Interbank, Falabella Bank, BBM Bank, Locfund, Rabobank, Natixis and Westpac. He also advises companies associated with the exploitation of natural resources and extractive activities and retail companies in transactional matters, such as Río Tinto, Antamina, Enagás, Savia, Silver Wheaton, Shell, Boart Longyear, Colbún and the Falabella Group.

Likewise, Miguel advises companies with securities listed in the Peruvian securities market such as Falabella Perú, Saga Falabella, Falabella Bank, Milpo, among others, and has advised various mining companies in their listing and delisting procedures in the junior segment of the Lima Stock Exchange. He has also been a senior attorney at La Fiduciaria S.A., acquiring an important knowledge regarding the nature, application and operation of autonomous assets and trusts, mainly banking trusts.

At the academic level, Miguel has been adjunct professor of civil law and of securities market regulation at the Universidad de Lima and the Universidad Nacional Mayor San Marcos, respectively. As a law student, he was part of Advocatus Law Review, and he is currently a member of the Advocatus Nonprofit Association.