About our law firm 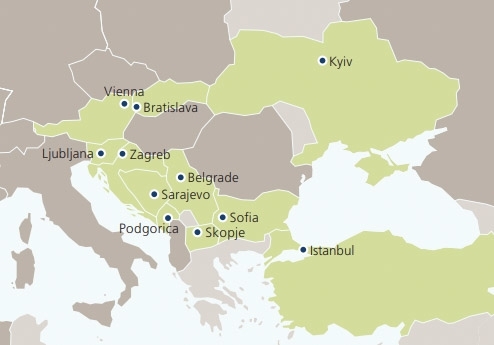 Together with our CMS partner law firms, we offer our clients a team of more than 600 experienced specialists in 17 offices in the CEE/SEE region. CMS is today one of the ten leading international law firms in terms of the number of attorneys and the largest law firm in Europe (according to Law 2016 Global 100) offering a broad range of specialised advice. CMS clients include numerous Fortune 500 and FT European 500 companies as well as most DAX 30 companies.

CMS now has around 8000 employees in 13 member firms. It has more than 77 offices in over 43 countries and 4,800 lawyers, including more than 1,100 partners. Whether international companies, mid-caps or innovative start-ups – they all benefit from our comprehensive international presence coupled with deep local roots. Not only do we understand our clients’ businesses but are also familiar with the industry and the countries in which they operate. As a law firm, we develop tailor-made, legally sound and pragmatic solutions for you that take into account your commercial goals and best meet the financial requirements of your company.

21
May
EU Competition Law Briefings
25
May
The Future is Now: The New World of Work
27
May
Arbeitsrecht in der Coronakrise
Upcoming Events