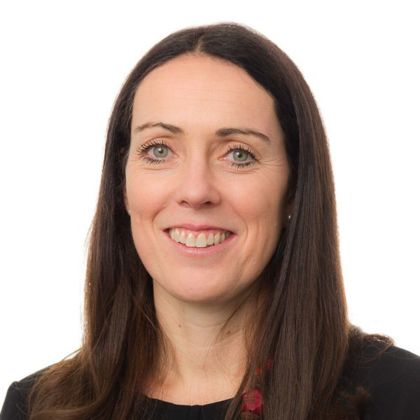 Clíona was one of the first born and bred Partners with legacy firm Olswang having worked at Olswang since 1996.  Clíona's practice spans a range of advisory and transactional tax work, advising on a variety of tax issues including: corporate sales and acquisitions, joint ventures, group restructurings, employee incentives and fund establishment.

With a strong focus on the TMT sector (particularly in the film, tv music and games space) she regularly advises individual and corporate clients on the tax efficient holding and exploitation of intellectual property rights both domestically and internationally.

Clíona takes a keen interest in the wider issues affecting the sectors she advises and continues to be at the centre of leading the debate on tax policy changes within the Creative Industries. Clíona was the sole tax adviser to the HMRC Film Industry Group, which addressed the key policy issues in relation to the film tax credit and commenting on the draft legislation and guidance.

As a result of her experience Clíona has also been integral in the introduction of the high end TV, animation, video games and theatre tax credits.

Clíona Kirby was appointed as a core member of the Creative Industries Council Access to Finance Working Group chaired by Ian Livingstone (Life President Square Enix) which involved considering the challenges faced by the film, games, radio, TV and other creative industries in obtaining funding in the UK.