27 July 2017 could go down in history as the day which signalled the end of LIBOR as the world's most important reference rate. The chief executive of the Financial Conduct Authority (FCA) explained in a speech that market participants should aim to replace LIBOR with alternative reference rates at the end of 2021. The FCA's decision raises a number of issues which will particularly concern the contractual parties of loans, derivatives and bonds over the next few years. Interest is primarily focused on identifying alternatives and the contractual aspects of ongoing and existing contractual relationships.

Background and motives of the FCA's approach

Manipulation scandals in the recent past have already highlighted LIBOR placing it at the attention of a broader public. The FCA's current decision was due to the fact, however, that the determination of LIBOR was not based at least partially on any real transactions. The virulence of a non-existent market becomes clear if we bear in mind that LIBOR is determined by requesting refinancing interest rates on a day-to-day basis from a panel of banks. For one of these refinancing interest rates determined on a daily basis, i.e. for the combination of a currency with a specific term, according to the FCA, there were only 15 relevant transactions in the entire 2016 calendar year.

Despite the attested partial absence of a functioning market for unsecured inter-bank loans, LIBOR continues to be applied virtually in full in the contractual documentation of loans, bonds and derivatives. Current estimates from March 2018 show, for example, that derivatives and loans with a value of approximately 200 million US dollars are based on LIBOR. It, therefore, becomes apparent that there is a need for a sufficient transition period to potentially replace LIBOR. The FCA has set out the period up until the end of 2021 in this respect.

Work carried out by the Financial Stability Board (FSB) can be used to identify possible alternatives to LIBOR. The FSB already analysed reform initiatives in 2014 and 2017. The FSB first recognised the need for different reference rates and for reference rates which do not factor in a credit risk (risk-free reference rate or RFR). These RFRs are suited in particular for numerous derivatives. Special groups in a number of countries have since been identifying or developing suitable RFRs. In England for example, a reformed version of the Sterling Overnight Index Average (SONIA) has been published since 23 April 2018. The Secured Overnight Financing Rate has been determined for United States dollar since April 2018 and a new ECB unsecured overnight rate, called ESTER (euro short term rate) will be published before 2020.

Irrespective of an ongoing specification of RFRs, it is not possible to directly transfer them to financial products hitherto based on LIBOR. LIBOR and the RFRs currently being discussed have very different characteristics. LIBOR is thus determined for different time periods and at the beginning of an interest period. Conversely, RFRs are determined retrospectively on the basis of concluded transactions overnight and generally refer to short time periods. Thus, it is already clear in the event LIBOR is discontinued that it cannot be replaced by an equivalent RFR.

Challenges for the contractual parties to a loan agreement

Parties to a loan agreement based on LIBOR with a term which extends beyond 31 December 2021 should pay greater attention to this issue. This also applies to existing agreements as well as new agreements to be concluded. The particular challenge is that the agreement should sufficiently cover the risk of LIBOR potentially being discontinued. At the present time, this is generally not the case.

Model agreements from the Loan Market Association (LMA) can be used as an example for drafting usual market interest clauses. In accordance with international practice, a floating interest rate consists of a reference rate and the margin. If the reference rate cannot be determined, model agreements usually have several fallback solutions, ranging from using interpolated or historic interest rates to obtaining quotations from reference banks explicitly appointed for this purpose. However, none of these options provide a viable or satisfactory solution in the event the reference rate is permanently discontinued. Reference to a historic interest rate transforms a floating interest-bearing loan into a fixed interest-bearing loan. Continuously obtaining quotations via reference banks also causes practical concerns since the FCA's current approach shows that there is only a limited willingness to submit such quotations.

With regard to existing loan agreements the question thus arises of how to deal with this risk. Contractual parties can easily amend a loan agreement by adapting interest clauses where necessary. However, as the discussion about RFRs has not yet got down to the specifics, a change will only be displayed if there is a legal certainty with regard to replacing LIBOR and calculating alternative interest rates. Market participants are advised to first get an overview of which agreements and which contractual provisions are affected by this topic.

There is a similar need for such provisions in new contracts. With a lack of any clear alternatives to LIBOR, it must first be noted that agreements will continue without restriction to refer to usual market reference rates. This, of course, directs attention to the robustness of the above-mentioned contractual fallback solutions. In individual cases, these could possibly provide temporary protection, but this would have to be analysed in more detail. In addition, including clauses which subject supplementary agreements to less stringent conditions is recommended. For example, exchanging the reference rate in loan agreements should no longer require the consent of all the lenders, but only a majority of the lenders. The advantages of such a clause mainly depend, however, on the specific position of the contractual party or on the facts of the matter, so it is not possible to give any general recommendation.

From the lender's perspective, there is also the question of whether any necessary exchange of the reference rate can be carried out using an interest adjustment clause. This is the lender's unilateral right to specify performance with which he may request an adjustment to the interest rate. An interest adjustment clause agreed for an individual agreement may certainly be beneficial in such situations. In legal terms, these clauses can be qualified as general terms and conditions which must satisfy the requirements of section 307 ff. German Civil Code. Case law lays down restrictive requirements and among other things requires sufficient transparency in drafting agreements. This transparency, which among other things relates to the possible effects of an interest adjustment, directly depends on the current debate about replacing LIBOR and drafting agreements. The current debate about alternative reference rates and the requirements of case law provide the guideline for drafting such clauses.

The FCA's announcement not to want to oblige banks to apply LIBOR after 31 December 2021 has attracted and continues to attract a lot of attention. Even if it is not certain whether LIBOR will be discontinued in 2022, preparations for replacing the worldwide reference rate are in full swing. It is crucial for parties to loan agreements based on LIBOR with a term extending beyond 31 December 2021 to address this issue. Apart from taking stock of the agreements affected by this topic, it is advisable to analyse the respective contractual provisions which will be affected if the reference rate is discontinued. Contractual fallback solutions deserve special attention in the context of new agreements. In individual cases, these could at least provide temporary protection. Depending on the ongoing specification of alternative reference rates, interest adjustment clauses could also be beneficial.

This article is part of the Update Banking & Finance, which you can subscribe to here. 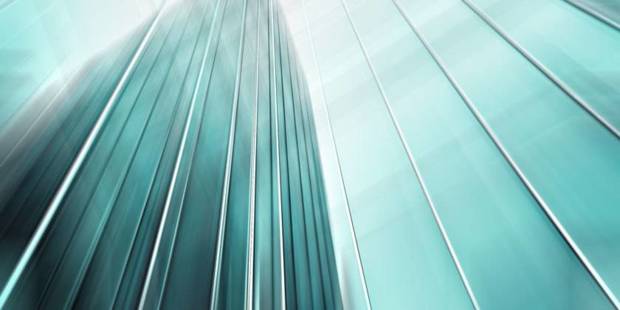