Home / Publications / The act to strengthen company pensions is coming...

The Act to Strengthen Company Pensions (Betriebsrentenstärkungsgesetz) will come into force on 1 January 2018. In particular, introducing so-called "pure defined-contribution schemes" will lead to a change in the system regarding company pension schemes, which the legislator hopes will bring the German market closer to the defined-contribution systems particularly known in Anglo-Saxon countries. However, the "pure defined-contribution schemes" must still be put to the test in practice as soon as the necessary basis in terms of collective bargaining agreements has been established. It must not be overlooked, however, that as of 1 January 2018, numerous statutory changes will apply also to "traditional forms" of occupational pension schemes, which will have implications for the majority of employers.

In the following, we will inform you about the most important changes resulting from the Act to Strengthen Company Pensions and point out issues with regard to which action should already be taken today.

The Act to Strengthen Company Pensions introduces a pure defined-contribution scheme for the first time. This means that employers do not promise specific or calculable retirement benefits but merely undertake towards the employees to pay specific contributions to an external pension provider. No specific (minimum) amount is guaranteed with regard to the retirement benefit paid out in the future ("guarantee prohibition"). Pension providers are thus able to reduce or increase the retirement benefits also during the pay-out phase depending on the performance of the capital market. The employer's obligation is limited to the proper payment of contributions ("pay and forget").

In addition, company pension schemes will be state subsidised with regard to low-income employees (maximum gross income of EUR 2,200 per month). If employers pay such employees a contribution to their company pension scheme in an amount ranging between EUR 240 and EUR 480 per year, the wage tax to be withheld will be reduced by 30 percent of the additional employer contribution, but not by more than EUR 144.

The changes mentioned above are already significantly flawed, which, in particular, could hamper the successful start of the pure defined-contribution scheme. According to the wording of § 3 no. 63, § 100 German Income Tax Act [recast], taxation incentives should apply only if the pension benefits are paid out in compliance with the requirements set out in § 1 (1) sentence 1 no. 4 German Law on the Certification of Private Pension Provision Schemes (Altersvorsorge-Zertifizierungsgesetz, AltZertG). This provision, however, provides that the benefits that are paid out during the pay-out phase are to increase or at least stagnate. The pure defined-contribution scheme cannot fulfil this requirement by definition, because in this respect the benefits must be reduced if capital coverage does not reach 100 percent. According to the current wording of the act, the contributions to a pure defined-contribution scheme would thus neither be tax free pursuant to § 3 no. 63 German Income Tax Act nor eligible for subsidy pursuant to § 100 German Income Tax Act [recast]. This was surely not intended by the legislator and thus remains to be clarified.

In terms of social security law, the subsidy for low-income employees will be accompanied by an advantage with regard to old-age social benefits. Voluntary additional pension benefits of up to EUR 202 per month will not be deducted from the old-age social benefits (any more). This serves to reward the effort to build up additional company retirement benefits even if the statutory pension received after having reached the statutory retirement age is not enough and must thus be topped up by the state by way of basic social benefits.

With regard to employees, there will also be changes to the so called "Riester subsidies" granted in the context of occupational pension schemes. As of 1 January 2018, no social security contributions will have to be paid on benefits received during retirement with regard to "Riester agreements" concluded in the context of occupational pension schemes. In addition, the "Riester allowance" paid by the state will be increased from EUR 154 to EUR 175 per year.

It remains to be seen whether the legislator has indeed managed to strengthen and further spread company pension schemes as intended based on the Act to Strengthen Company Pensions. Employers should, however, familiarise themselves with the changes implemented by the Act to Strengthen Company Pensions in due time. Owing to the mandatory employer contribution with regard to deferred compensation, the legislator has further increased the complexity of company pension schemes and burdened employers. Internal processes, for example, must be adjusted to the mandatory employer contribution to deferred compensation, which has to be paid as of 1 January 2019.

We are happy to assist should you have any questions regarding the Act to Strengthen Company Pensions or company pension schemes in general. 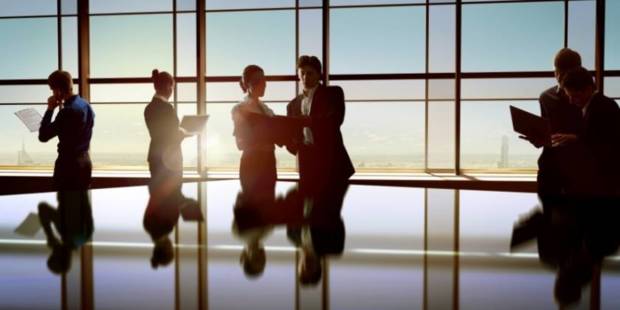